Mubarak Alhassan revels in 'dream' move to Spanish side Granada 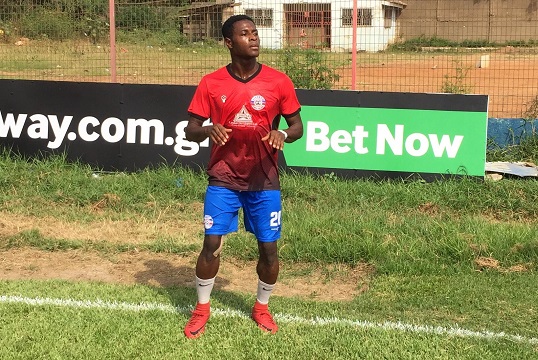 Mubarak Alhassan has described his move to Spanish La Liga outfit as a "dream come true".

Mubarak Alhassan on Thursday joined Granana FC from Liberty Professionals on a five-year contract after completing the necessary formalities.

He joins a long list of Ghanaian players who have played for Spanish club including Mubarak Wakaso, Jonathan Mensah, Clifford Aboagye and Aziz Tetteh.

Speaking for the first time after joining the Nazaríes, the 18-year-old said the Spanish move is the right one for his development and revealed that he models his game on former Barcelona star Andres Iniesta.

“This is the best moment in my career to make this move because everyone wants an opportunity like this,” he told Citi Sports.

“At an early age, I have always wanted to play for clubs in Spain because I see myself as an [Andres] Iniesta type of player and I was given that name too so I think it’s the best place for me to develop as at now,” Alhassan concluded.

The youngster scored five goals and assisted the same number in twelve games for the Scientific Soccer Lads in the truncated 2019/20 Ghana Premier League.

Mubarak Alhassan had his colts football at Corners Babies, before joining WAFA where he spent only a season.