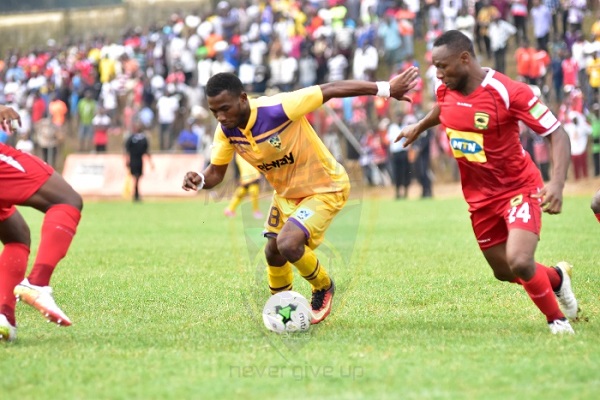 The penultimate games in the Normalization Committee's Special Competition will be honoured this weekend across the country with some mouth-watering encounters.

In Zone A, no team has qualified with the race getting intense, 2nd placed Kotoko must win their two games or forget about making it to the semi-finals.

This weekend they host leaders Medeama at the Baba Yara Stadium in the top of the table clash with the duo on 18 and 19 points respectively.

Kotoko must play above themselves if they are to get something out of this game. The Mauve and Yellow meanwhile will be seeking to consolidate their dominance over the Reds having defeated them 1-0 in the first round at the Tarkwa T&A Park.

AshantiGold who are giving the duo a hot chase will be squaring it out with Bechem United at the Len Clay Stadium.

The Miners who have recorded back to back victory over Kotoko and Aduana Stars, scoring 5 goals in the process will be full of confidence heading into the fixture.

Aduana Stars will be making a trip to Techiman to take on Eleven Wonders. The Ogya boys were whipped 4-1 by AshantiGold in midweek and they will have to appease their fans with a victory against Wonders.

Over in Zone B, Hearts of Oak will be seeking to extend their lead when they come up against Elmina Sharks at the Accra Sports Stadium.

The Phobians sitting at the summit of the group, are the only team to have qualified in the Special Competition will have revenge on their mind as Sharks inflicted a painful 1-0 defeat to them in the first round at the Nduom Stadium.

Struggling Inter Allies will be at Tema and welcome WAFA. Allies who are having a poor tournament are languishing at the bottom of Zone B standings.

Karela United who are seeking to join Hearts of Oak in the Semis will slug it out with Dreams FC while Dwarfs play Liberty Professionals.