Nominees for NASCO Coach of the Month for March announced 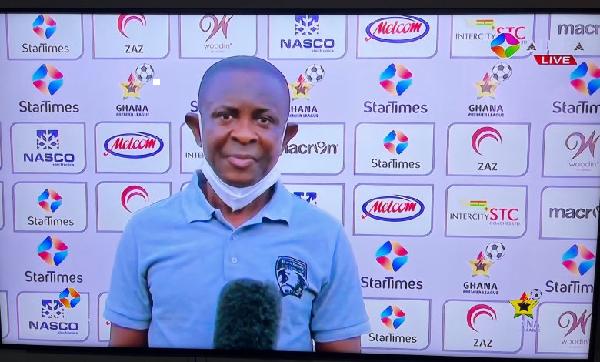 Four coaches have been nominated for the NASCO Coach of the Month Award for March in the ongoing 2021/22 Ghana Premier League.

Abdul Karim Zito, Samuel Boadu and Umar Abdul Rabi all won two matches, drew one and lost one out of four matches.

The winner will be announced by the Ghana Football Association.

Meanwhile, Aduana Stars forward Bright Adjei will receive a 43-inch television set from Electroland Ghana Limited for winning the NASCO Player of the Month for February.

The 27-year-old striker has been announced as winner of the award.

Adjei scored a total of five goals out of four matches played in February beating off competition from Franck Mbella Etouga and Emmanuel Annor.

He also won the NASCO Player of the Match award three times.