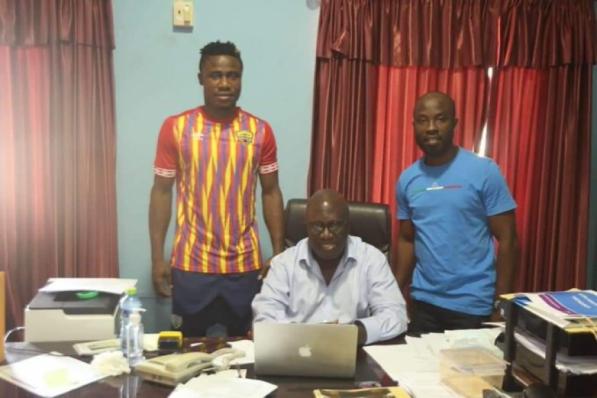 The defender has rejoined the club he left six years agoÂ after a fruitful negotiations.The tough tackling defender has finally joined the Phobians who he has been training with for months.Â Â He joined as a free agent following his contract termination withÂ Lebanese club Naft Al-Junoob.

Meanwhile, Hearts of Oak on Monday announced the signing of Ivorian internationalÂ Eric Dizan. The Ivorian winger inked a 3-year-deal with the club.

The 26-year-old has had stints withÂ Abidjan, RC BettiÃ© and Ivoire AcadÃ©mie in theÂ Ivorian top-flight.

A club statement on Monday read: Hearts of Oak is excited to announce the signing of winger, Eric Dizan. The Ivorian international has signed a three-year contract with the club.