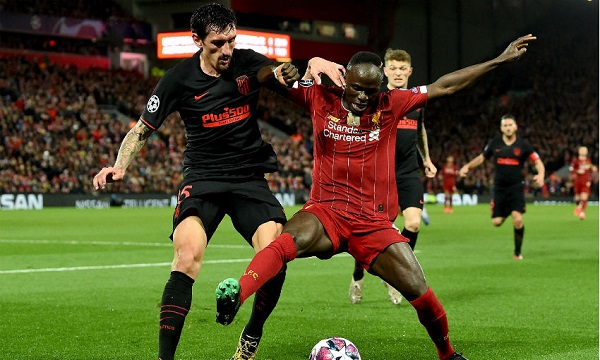 The government said many factors could influence cases in a particular area.

Less than three months ago sport across the UK was continuing as normal, despite the impending threat of coronavirus - which had already prompted some European countries to stage such events without spectators, or completely call them off.

Sports governing bodies in the UK were taking their cue from Prime Minister Boris Johnson who declared in early March that people should "as far as possible, go about business as usual".

On the first weekend in March, there was a full programme of football in both England and Scotland, five horse racing meetings, and Six Nations rugby at Twickenham between England and Wales - which the prime minister himself attended.

It was a different matter elsewhere. A forthcoming Six Nations match in Dublin had already been postponed, along with the Chinese Grand Prix and football matches in virus-stricken northern Italy.

He told the BBC: "There's no reason for people not to attend such events or to cancel them at this stage."

But Prof Spector from King's College London said "people will have probably died prematurely" because of the decision.

So did these events contribute to a surge in coronavirus cases?

It's impossible to say for certain, but figures seen by the BBC Radio 4's File on 4 programme show in the last week of March, Liverpool and Cheltenham were among the areas with the highest number of suspected cases.

The figures come from the Covid-19 Symptom Study, and show an estimated 5-6% of the population, aged 20 to 69, having symptoms in those two regions.

Not to be confused with the government's contact-tracing app, the research draws on information uploaded by more than three million volunteers around the UK, who submit daily reports identifying whether they have any of the 15 symptoms associated with Covid-19.

Irish journalist Melanie Finn recalls the stark difference in approach on either side of the Irish Sea, as she flew in to the Cheltenham Festival from Dublin.

"We had already cancelled the St Patrick's Day celebrations, and that in itself was huge for us," she said.

"People were in shock. No-one could believe that was happening. That was an indicator of how serious the Irish government was. When we flew out of Dublin Airport it was literally like a ghost town."

Melanie said that racegoers at Cheltenham, on the other hand, believed the UK government would have cancelled the event if they had thought it was unsafe.

She said people ignored basic safety rules: "It was like the last days of the Roman Empire, and I think there was a little bit of a sense that if it was open, by God they were going to party."

She was so concerned by what she saw that she asked her employer to fly her home midway through the festival.

A week later she developed the symptoms of Covid-19 and had to take two weeks off work.

The Jockey Club had previously defended the decision to go ahead with the festival, telling the Guardian on 2 April that it had followed "clear and ongoing guidance" from the government and science experts.

It added: "We promoted the latest public health advice and introduced a range of additional hygiene measures at the event, including hundreds of hand sanitiser dispensers and extra wash basins."

On 11 March - the second day of the festival - the World Health Organization declared coronavirus a pandemic.