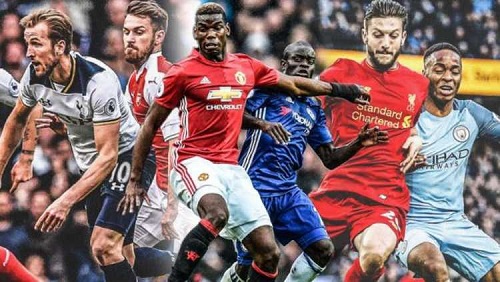 After previously targeting a return on April 30, the Premier League announced on Friday that play will not resume by that date and matches remain suspended indefinitely.

The Premier League originally announced their suspension on March 13 following Arsenal's announcement that manager Mikel Arteta had tested positive for the illness.

In the weeks since, the outbreak has all but shut down many countries throughout the world, with football only still being played in a handful of leagues, and it will keep the Premier League postponed until further notice as it has become clear that the initial target would not be realistic.

"It was acknowledged that the Premier League will not resume at the beginning of May â€“ and that the 2019/20 season will only return when it is safe and appropriate to do so," the league announced.

"The restart date is under constant review with all stakeholders, as the impact of the Covid-19 pandemic develops and we work together through this very challenging time.

"The Premier League is working closely with the whole of professional football in this country, as well as with the Government, public agencies and other relevant stakeholders to ensure the game achieves a collaborative solution.

"With this, there is a combined objective for all remaining domestic league and cup matches to be played, enabling us to maintain the integrity of each competition. However, any return to play will only be with the full support of Government and when medical guidance allows.

"The sporting and financial implications for Premier League clubs as well as for The FA, EFL and National League were considered at todayâ€™s meeting."

The Premier League's aim is to still play on this season, with most leagues around the world hoping to complete their seasons at some point this summer.

The Jupiler Pro League, the top tier of Belgian football, became the first major football league to end its 2019-20 season early, with the announcement that Club Brugge had been declared champions on Thursday.

Following extensive discussions, the Belgian league's board of directors said the decision had been made as it was unlikely matches would be able to take place before the end of June unless they were played behind closed doors.

As things stand in the Premier League, Liverpool set 25 points ahead of second-place Manchester City with Leicester and Chelsea rounding out the top four.