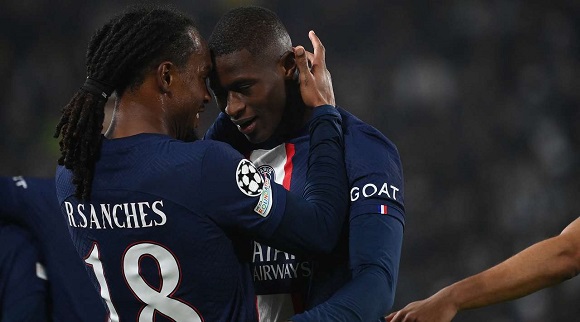 There was late drama as Paris Saint-Germain rounded off their group stage campaign in the Champions League with a 2-1 win over Juventus - but it was only enough for them to qualify second in the group.

Before the match, Les Parisiens knew they had to match or better Benfica’s result against Maccabi Haifa to go to the top of Group H despite already securing qualification for the round of 16, but the Portuguese side routed Haifa to steal the group at the death.

As for the Old Lady, who had already bowed out of the Champions League, they knew a place in the Europa League knockout round play-off would be secured if they matched or bettered the Israeli side.

Juventus started off with intent, but it was PSG who took an early lead in the 12th minute. Kylian Mbappe rode out a couple of challenges to hit a low, powerful strike from outside the area past Wojciech Szczesny and into the net, with the help of the woodwork.

The Bianconeri had their equaliser shortly before half-time, as Leonardo Bonucci turned in Juan Cuadrado’s diving header across the six-yard box to score his first Champions League goal in six years.

However, PSG found their winner with 20 minutes of time remaining. Nuno Mendes, who had been on the pitch for a matter of seconds, latched onto Mbappe’s through-ball, before finishing low into the far corner.

Juventus thought they had equalised nine minutes later, but Manuel Locatelli’s tap-in on the rebound was ruled out for offside.

With news filtering through of the need to score again, PSG boss Christophe Galtier urged his men forward, but the goal they needed didn't arrive.