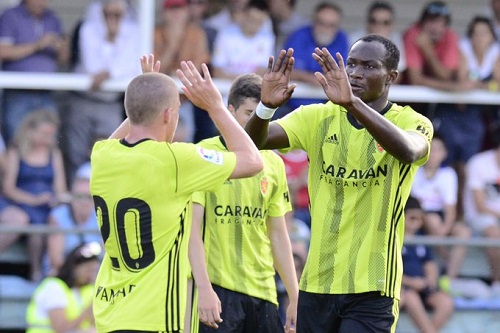 Ghana international forward Raphael Dwamena began his season in a flyer for his new club. The 23-year-old has started repaying his club for the faith showed in him.

The lanky striker signed for the Real Zaragoza on Tuesday in a season-long loan deal from Spanish La Liga side UD Levante for an undisclosed fee.

He put on a sterling performance in his debut match for Whites as they annihilated Peña Ferranca in a pre-season friendly on Friday.

Dwamena climbed off the bench to score to five goals within 30 minutes in their 13-0 win over the lower-tier side.

His poor form last season at Levante led to his exclusion from the Black Stars AFCON list. He will be hoping to continue his scoring form to return to the national team.