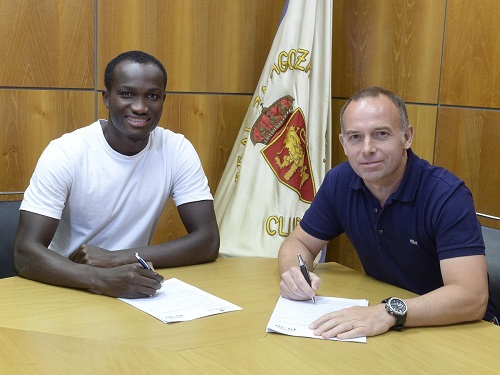 Ghana forward Raphael Dwamena has completed a move to Spanish Segunda outfit Real Zaragoza ahead of the upcoming season.

The Ghanaian international joins the Whites on a season-long loan deal from UD Levante.

The striker was a pale shadow of himself ever since he joined the Levante, featuring in 12 matches without finding the back of the net.

His poor form led to his failure to make the Black Stars squad that exited the ongoing AFCON 2019.

Raphael Dwamena will be looking to rediscover his old form in the upcoming campaign.