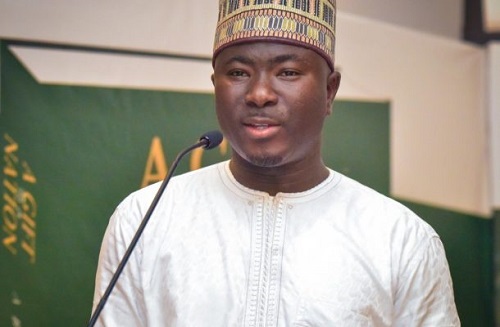 Ghana Football Association President Kurt Okraku has claimed that the immediate past acting spokesperson of the association resigned because he did believe in his leadership.Â

His comment comes on the back of Tamimu's resignation as the acting spokesperson of GFA On Wednesday. Tamimu announced his resignation on Facebook.

"I have just tendered in my letter of resignation to the General Secretary of the GFA via email."

"It has been 14 amazing years of committed service to the Ghana Football Association."

"Always give thanks to Allah in every situation in life."

According to the GFA President, although he welcomes his resignation, he was surprised Tamimu never have had a dialogue with him about it.

"Yes, I was a bit surprised because he never spoke to me but I read the email which he addressed to the General Secretary.

"No, no, obviously, all communications are addressed to the General Secretary. If he had spoken to me, I am sure I would have had one or two words to share with him, but the FA continues beyond that.

"Yes, it's been accepted. "I want to work with people who believe in my way; I keep saying this all the time."

Kurt Okraku further disclosed that the GFA will appoint a newÂ director of Communications soon.

"I am saying that in the next few days, a new director of Communications of the FA will be announced, he's somebody of the highest quality, I believe in him a lot and he will help me deliver my promise," Mr Okraku told Joy FM on Thursday.

"He's always been in the pipeline and he's going to help me deliver our policy of igniting passion and creating wealth for all," he added.