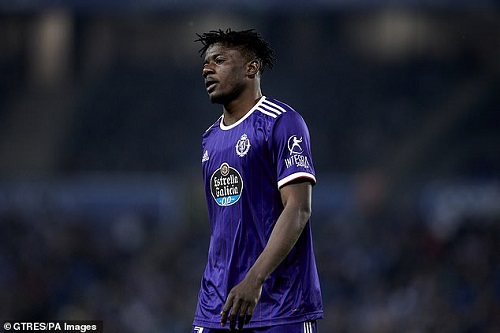 Southampton coach Ralph Hasenhüttl who has been tracking the defender is finally set to securing his services.

The 21-year-old central defender is expected to sign a four-year contract after the Saints met his £10.9million release clause.

Manchester United and West Ham have been linked with the Ghanaian - but the prospect of regular football at St Mary's is believed to have played a key role in Salisu's decision.

He had a fantastic season in the Spanish La Liga and was sought after by a number of clubs.

He played in 30 matches this season and is being brought in to shore up the backline and help the Saints push for European competition next season.

Salisu is yet to feature for the senior national team, the Black Stars. He was among the 7 players handed a maiden call-up to the Black Stars in their AFCON 20201 qualifiers against South Africa and Sao Tome and Principe in November 2019, unfortunately, he pulled out at the last minute due to injury.