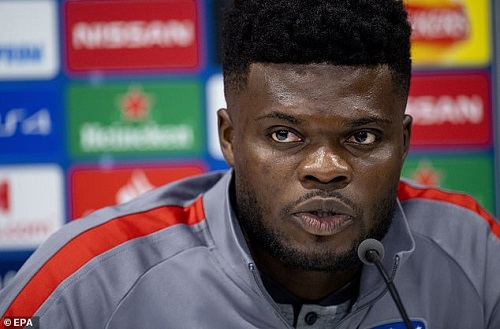 Asante Kotoko coach Maxwell Konadu wants Thomas Partey to secure a move away from Atletico Madrid amid interest in his services.Â

A host of European clubs are seeking to sign the Ghana international following his impressive performances for Diego Simeone's outfit this season.

According to reports, Manchester United and Arsenal are interested in signing the defensive midfielder as they both believe Partey will be able to bolster their team.

Commenting on a post on Twitter in relation to Partey's transfer speculation, Maxwell Konadu wrote: "Time to #MOVE bro we are behind u."

Time to #MOVE bro we are behind u. https://t.co/4ykXx0Atdx

Thomas Partey has a release clause of around Â£42million in his contract, and Atletico are trying to hand him a new contract in order to double his release clause to fend off interest.

However, Partey still has three years remaining on his contract with Atletico Madrid.