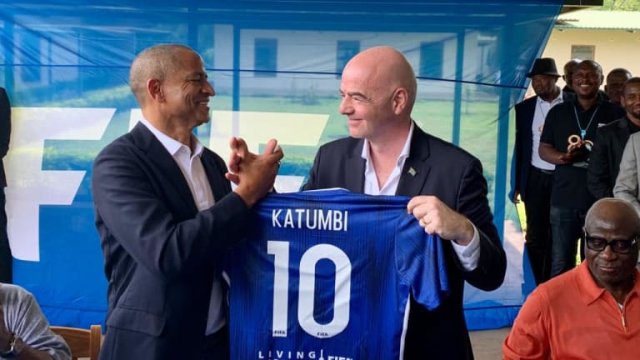 Five-time African champions TP Mazembe of DR Congo have said it plans to construct a 50,000 capacity stadium next year.

Among those attending the festivities were Fifa boss Gianni Infantino and Confederation of African Football (Caf) president Ahmad, who Katumbi took to the site of the new stadium.

"We got a loan sometime back to construct a stadium but its capacity is only 22,000 meaning that the majority of our fans can only watch our matches on television," he told the BBC.

He also announced that world football's governing body will be helping in the construction of three synthetic pitches in other parts of the DR Congo.

He was among representatives from eight clubs from across the world in Zurich on Friday to discuss the new Fifa Club World Cup that will be played in China in 2021.