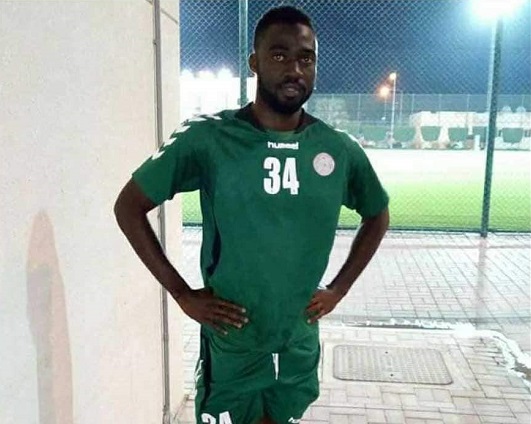 The 27-year-old attacker signed a three-year deal with the Kumasi-based club after passing a mandatory medical test this afternoon.

He joins Asante Kotoko on a free transfer after ending his stay with Swaziland club Manzini FC.

However, Asante Kotoko have also signed former AshantiGold SC center-back Habib Mohammed on a three-year deal as a free agent.

Zabo will be battling for a place up front with Songne Yacouba, Abdul Shafiu and Naby Keita with Frederick Boateng reported being on his way out of the club to join Egypt outfit, Petrojet.

Asante Kotoko are in pursuit of continental glory in the 2018/19 Confederation Cup, and the two players come as a boost to coach Charles Kwablan Akonnor's side.

The squad is airborne to Ethiopia from where it will continue to Sudan on Friday ahead of Sunday's Group C opener of the campaign.

Habib and Teguy are not part of the squad making the trip to the North African country to face Al Hilal, but may be available for selection for the side's second group game in Kumasi against Zesco United on February 10, 2019.