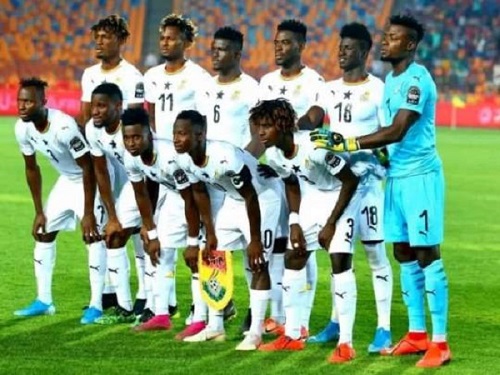 The semi-final match between Ghana and Cote d’Ivoire at the CAF U-23 Africa Cup of Nations (AFCON) tournament has been moved from the Al Salam Stadium and will now be played at the Cairo International Stadium.

The Black Meteors booked a semi-final berth last Thursday after they posted a 2-0 win over their counterparts from Mali.

Following that win, they set up a date against West African neighbours Cote d’Ivoire. The game was initially scheduled to kick off at the Al Salam at 17:00GMT on Tuesday, November 19, 2019.

After a meeting by the organizers of the U-23 AFCON on Sunday however, they have decided to play both semi-final games at the same venue and have hence moved the Ghana and Cote d’Ivoire match to the Cairo International Stadium while changing the kick-off time to 14:00GMT.

READ ALSO: U-23 AFCON: Ghana sneaks into Semis after victory against Mali

What that means is that the game between Egypt and South Africa which was expected to kick off at 13:00GMT will now be played at 18:00GMT.

All four countries are hoping to win their respective semi-final matches to ensure they book automatic qualification to the 2020 Tokyo Olympic Games.

Countries that lose their matches will have one last chance to secure qualification if they manage to win the 3rd place match which will be played before the finals of the U-23 AFCON.