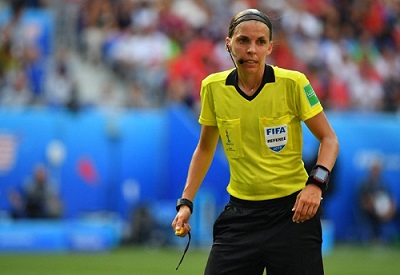 UEFA have named French referee Stéphanie Frappart as the centre referee for the Super Cup clash between Liverpool and Chelsea who won the Champions League and Europa League respectively on August 14.

The appointment makes her become the first female official to referee a major men's UEFA match.

The female French referee will be joined by assistants Manuela Nicolosi and Michelle O'Neal for curtain-raiser to the new season.

UEFA president Aleksander Čeferin said: “I have said on many occasions that the potential for women's football has no limits and I am delighted that Stéphanie Frappart has been appointed to officiate at this year's UEFA Super Cup along with assistant referees Manuela Nicolosi and Michelle O'Neal.

Liverpool beat Tottenham 2-0 at the Wanda Metropolitano Stadium on June 1 to clinch the Champions League whilst Chelsea thump London rivals Arsenal 4-1 in Baku to win the Europa League.