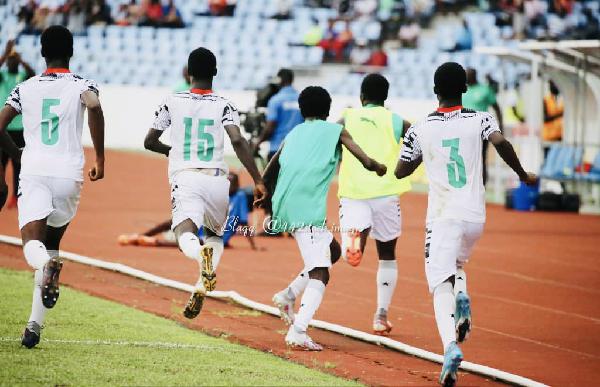 The Black Starlets have booked a place in the semi-finals of the WAFU Zone B U-17 Cup of Nations after a convincing win against Togo.

In a match must-win game on Friday at the Cape Coast Stadium, coach Paa Kwasi Fabin's side came to the party in the second half to secure qualification at the expense of Togo.

Despite the Starlets creating opportunities they could not put keep their composure in front of the post as the first half ended 0-0.

After recess, a change in personnel and formation paid off for the Black Starlets with Pious Adua, Abdul Razak Salifu, and Collins Agyemang scoring to propel Ghana to a needed 3-0 win against Togo.

The victory today means that the Black Starlets are through to the semi-finals of the WAFU Zone B U17 Championship.

Ghana into the semis 😊

Watch all the goals pic.twitter.com/L62cQIRm4N