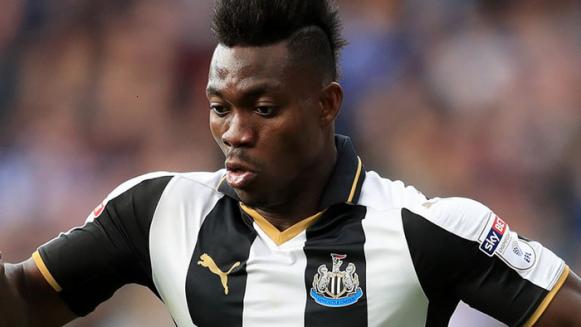 Atsu had previously beaten Tottenham Hotspur - controlled by former Magpies midfielder Moussa Sissoko - to progress into the last eight but he could not go a step further against one of the tournament favourites.

Atsu got off to the perfect start against Alexander-Arnold, with Allan Saint-Maximin putting the finish touch to a rapid counter attack at a virtual Anfield.

But the Redsâ€™ full-back responded immediately, equalising with nine minutes on the clock before forcing Martin DÃºbravka into a string of saves.

Alexander-Arnold then went in front just before half-time - former United midfielder Gini Wijnaldum finding the net - before Liverpool hit the woodwork twice from a flurry of attacks either side of the break.

Atsu almost found an equaliser after forcing the Liverpool goalkeeper into a fine block on the hour, but the hosts attacked again and quickly stretched their lead.

With Alexander-Arnold using the same tactic in the final third - getting the ball to the byline and cutting a low cross to the back-post - he created a simple finish for Mo Salah to establish what would become an unassailable lead.

The game was put to bed in the closing stages as Roberto Firmino scored Liverpoolâ€™s fourth with a fine finish, before Atsu came close to the tournamentâ€™s first goal direct from a free-kick, only for Joelintonâ€™s superb effort to came back off the crossbar with the goalkeeper stranded.