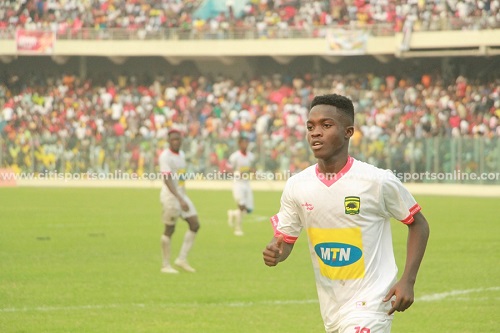 The 17-year-old wonderkid says he is mentally fortified to represent the country at the top level.

The youngster who joined the Ghana Premier League giants Kotoko in December 2019 has become a fan favourite due to impressive performances.

Speaking in an interview, the former Ghana Under-20 midfielder says he would not turn down an invite to play for the Black Stars and he is mentally fortified for the national team call-up.

" I have played for the Under-20 before and I did very well. I am ready to play for the Black Stars," he told Asempa FM

"It's not about age. It's about mentality. I know they will call me. I want him (C.K Akonnor) to call me. I have confidence that he will call me to play for the Black Stars."