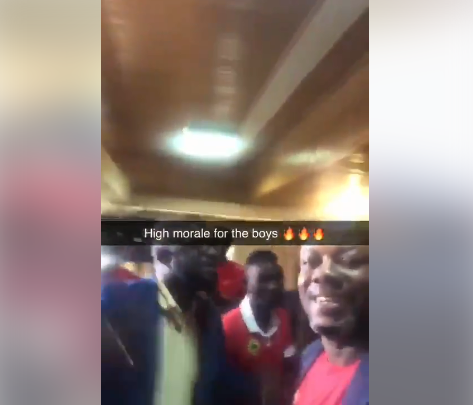 Newly elected Ghana Football Association President Okraku has visited the camp of Asante Kotoko to inspire the team ahead of their encounter with San Pedro in the CAF Confederation Cup.

In a viral video, the GFA President can be seen engaging in a hot jama session to boost the morale of the Porcupine Warriors players hours to their clash against the Ivorians.

The Reds are hosting the Ivorian side in the first leg of the CAF Confederation Cup playoff clash at the Baba Yara Sports Stadium today, October 27 at 3:00 pm while the return leg comes off a week later in Abidjan.

They are seeking to make the Money Zone again after breaking an 11-year jinx last season.

Kotoko dropped from the Champions League after they were beaten on aggregate by Tunisian giants Etoile du Sahel.

READ ALSO: VIDEO: "It is time for us to work" - Kurt Okraku tells football people