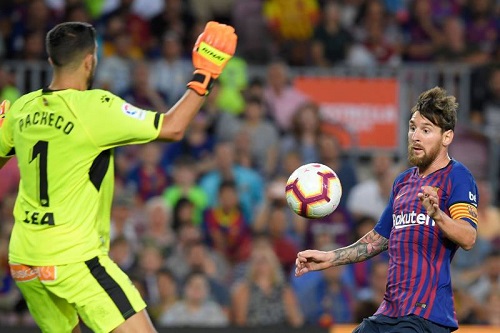 Lionel Messi scored Barcelona's 6,000th La Liga goal as the Blaugrana began their title defence with a 3-0 win over Alaves at the Camp Nou on Saturday.

Messi opened the scoring in the 64th minute for the champions, who also got a goal from substitute Philippe Coutinho seven minutes from time.

Messi netted his second in stoppage time to cap a marvellous display and ensure Barca laid down a marker to their prospective title rivals.