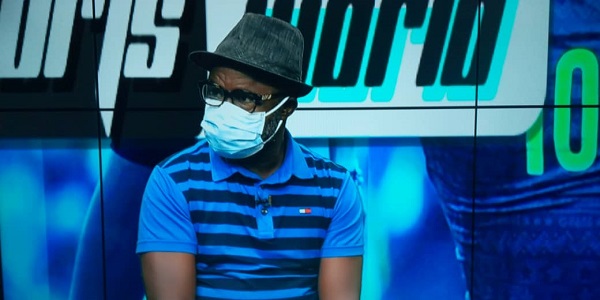 Nana Sarfo Oduro, an Executive Council member of the Ghana Football Association (GFA) has disclosed that, the GFA were "overready" to play football in this Covid-19 pandemic period if government had allowed.

According to him, the GFA had put all the necessary programs in place to ensure the 2019/20 season continued safely and so they were disappointed to make the big decision to cancel the season.

In an interview on TV Africa's Sportsworld, Sarfo Oduro revealed to host Dennis Osei Gyamfi that, they (GFA) met with top officials in government to discuss their program which was accepted but unfortunately government did not allow them to go ahead.

"We were overready to play football. You hear people talk that the UK did this, Germans did this but we (GFA) are not doing anything and then we are there and we say we want to play football, it is not true.

We've been in constant touch with the Senior Minister, Yaw Osafo Marfo and then the Sports Ministry where we held series of meeting and gave them our programs on how we are going to play football," he said

"In some of the programs we were going to group the teams in three parts of the country like the Right to Dream, WAFA and maybe Essipong in Sekondi or Obuasi and then we keep them in a hotel and they will move from there to play football. There was going to be testing and other things, so after drawing the program we did the costing.

The Senior Minister asked us to go and do the costing, then bring the costing so that he helps us to find funding - funding by not government but from Corporate institutions. But we were waiting for the go ahead so that we can roll out the program. So we were not asleep, we were right on our jobs."

The CEO of Premier League side Berekum Chelsea, however, noted, that the programs considered the safety of all stakeholders was still available and ready to be rolled out anytime the government gave the permission.

"We had about three programs that if they had allowed us even today we can roll it out and play," he added.

The government having placed a ban on contact sports such as football has given July 31st to come out with a decision whether to lift the ban or not in the midst of the pandemic.