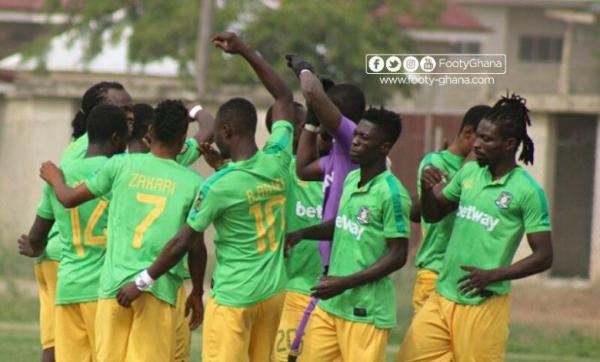 Aduana Stars board member Isaac Koomson says the Ghana Football Association should rather have given Aduana Stars the right to represent Ghana in Africa ahead of Asante Kotoko.

The GFA following a marathon meeting on June 30 took the decision to cancel the Ghana Premier League after months of no football activities.

The League season which has been on suspension since March 16, 2020 due to the COVID-19 pandemic was declared null and void.

In turn, the GFA gave Asante Kotoko and AshantiGold the nod to represent Ghana in the CAF Champions League and Confederation Cup respectively by virtue of their triumph in the Normalisation Committee Special Competition in 2019.

A decision which has not gone down well with Isaac Koomson, he claims by virtue of the Dormaa based side being the current holders of the Ghana Premier League title, they deserve to play in Africa.

"Aduana was supposed to represent Ghana at Africa because we still hold the league title," he told Asempa FM.

"We at Aduana Stars don't acknowledge the Normalisation Competition as a league."

A GFA statement on the 2019/20 football season cancellation read;

The Executive Council of the Ghana Football Association (GFA), has taken a decision to cancel the 2019/20 football season following a marathon meeting on Tuesday, June 30, 2020 at the GFA Secretariat in Accra.

Accordingly, all records associated with the season have been expunged but fines accrued must be honoured by clubs.