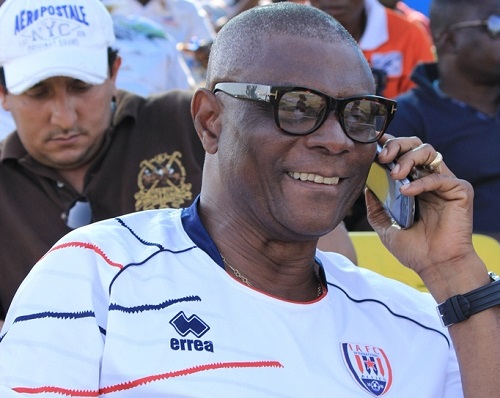 The country in the last 48hours received sad news as the two Ghana football legends gave up the ghost.

READ ALSO:Â 'One of the greatest ever' - Ghanaians pay tribute to ex-Ghana and Kotoko star Opoku Afriyie

Although the country is sad about their demise, the football world has been speaking highly of the role the two played for the club and country.

One of such person is Willie Klutse who has celebrated the two legends in a radio interview.

"It's a big loss in the sense that Kwasi Owusu was a great player from Brong Ahafo region, captained the Black Stars won some matches, great and difficult matches won, CAF and Opoku Afriyie also was a great player, played a very important role for us to win the AFCON in 1978. Infact he scored the final two goals in the final match and help Kotoko in some serious matches and lifted the name of the club.

Left to Hearts of Oak and also played an important role, they were great players that Ghanaians who have been around for a very long time will tell you how great they were because these are unique players who no only turned Ghana football around but contributed something Ghanaians cannot forget them," he told Class FM

Opoku AfriyieÂ reportedly passed away on Sunday, 29 March, 2020 in Kumasi at aged 75. HeÂ grabbed the headlines in 1978 by scoring twice to help the Black StarsÂ ease past in the AFCON final.Â

The late Opoku Afriyie featured for the two glorious clubs in the country, Accra Hearts of Oak and Kumasi Asante Kotoko. He also played for the National football team, the Black Stars.

On Monday, the 1970 Africa Cup of Nations star, Kwasi Owusu was confirmed dead at the age of 72. Kwasi Owusu also known as 'powerhouse', the former Bofoakwa Tano striker, was the West African's top scorer as they finished second at the 1970 AFCON in Sudan.