Working with CK Akonnor is great for me - Bernard Mensah 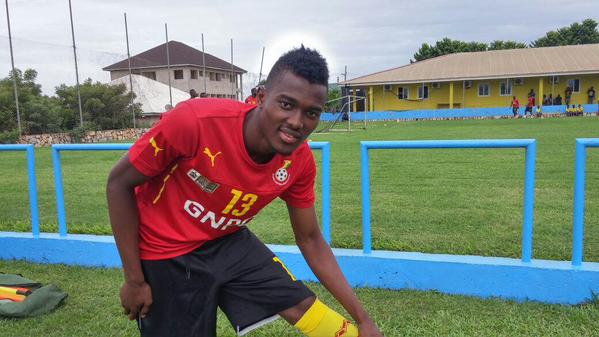 Bernard Mensah has opened up on his relationship with Black Stars coach Charles Kwablan Akonnor, saying working with the former Asante Kotoko coach 'is great for me'.

Mensah is back in the Black Stars after last featuring in 2015.

The 25-year-old won his first cap in 2015 under former Coach Avram Grant in an International friendly against the Hawks of Togo in Accra.

According to Turkish based midfielder Bernard Mensah, he is looking ahead to his second International appearance for Ghana in the upcoming friendly games against Mali and Qatar.

"I think the invitation means a lot to me. We now have a new Coach, he is C.K Akonnor. He saw what I did with my previous clubs, Kasimpasa, Keyserispor and now Besiktas, so I will say it’s a big chance for me. He knows the type of player I am, and that is why he gave me the opportunity to be here."

The Black Stars will take on the Eagles of Mali on Friday, October 9 in Antalya, before engaging 2022 FIFA World Cup host Qatar three days later.