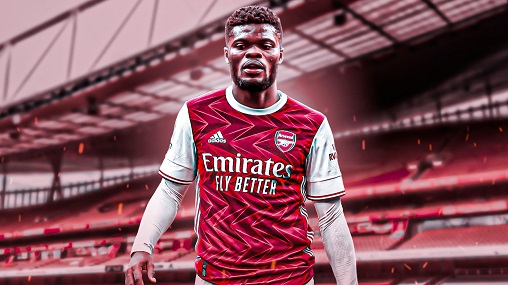 Kwasi Appiah says that his Ghana team-mate Thomas Partey has all the attributes on and off the field to be a big success at Arsenal.

The 27-year-old joined the Premier League side on Monday from Spanish side Atletico Madrid for his buyout clause of £45m.

Appiah, who most recently played for AFC Wimbledon, has played with Partey as part of Ghana squads in recent years and is confident that he is a good fit for Arsenal.

"Under [Mikel] Arteta they [Arsenal] are playing a lot of ball possession and playing out from the back and that will really suit his style because he is very comfortable on the ball," Appiah told BBC Sport.

"Obviously playing in Spain is a very technical league as well so there is a lot of ball possession and passes being made so it will suit him very well.

"The top teams in England play that way as well so you are looking at a player who is going to fit in quite easily.

"You look at Manchester United and the way [Bruno] Fernandes and the way he has taken the Premier League on so I see it as being a similar transition for Thomas.

"He has got that quality and style of play that Arsenal are looking to play so it will be a perfect match."

Appiah, who played for Ghana as they finished runners-up to Ivory Coast at the 2015 Africa Cup of Nations, also has no doubts he will fit in to the Arsenal dressing room as well.

READ ALSO: Atlético Madrid is not just a club, it's a family - Partey pens emotional letter to Spanish outfit

"He is a very nice guy down-to-earth and he is confident guy he speaks well he will get on well with the players," Appiah added.

"There some personalities there (at Arsenal) that will match his energy and playfulness as well so I am sure he will fit in very well in the dressing room and be one of the leaders amongst the players as well."