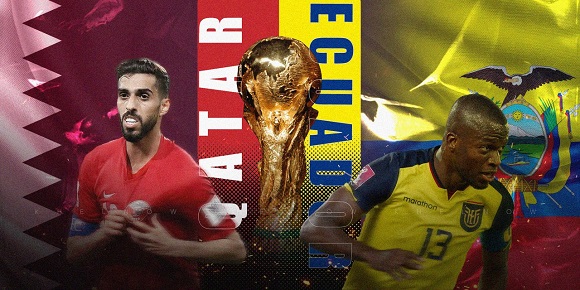 History will be made tonight when hosts Qatar get the World Cup 2022 underway with a clash against Ecuador at Al Bayt Stadium (16:00 GMT)

Sánchez is realistic over the host nation’s prospects but is relishing the challenge of trying to defy expectations.

The Spaniard said: “Obviously, I’m not talking about Qatar winning the World Cup, but competing at a good level against those three teams is our challenge.

“Then this is football, and you never know what can happen.”

Ecuador are 44th in the world rankings, only six places higher than Qatar as they prepare to lock horns in Al Khor.

Defender Byron Castillo was a late omission from Gustavo Alfaro’s squad due to a dispute over his nationality this week.

Alfaro knows his Ecuador side are not well fancied to make their presence felt but expects them to make life difficult for their group rivals.

“They are teams that are superior to what we are, for a reason we were in pot number four in the draw, if we had been the best we would have been in pot one or two. We have to make things difficult, we have to be the pebble in their shoe.”

Al Bayt Stadium has been a happy hunting ground for Qatar, as they have won their three previous matches at the venue with an aggregate score of 9-0.

Daniele Orsato will take charge of the first game of the World Cup. The experienced Italian was trusted with the behind-closed-doors Champions League final between PSG and Bayern Munich in 2020 before being awarded best referee of the year by the International Federation of Football History & Statistics.