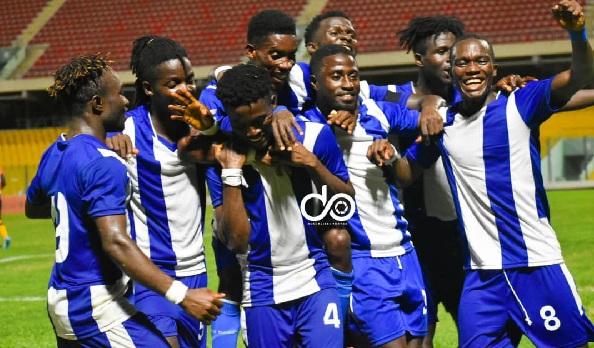 Karela United finally secured a win at the 6th time of asking since the second round of the league started more than one month ago with a hard fought 2-1 win at home to Bechem United.

Karela were top of the league at the half way stage but after the re-start, have failed to secure a win after 5 games, which sank them to 6th on the table.

But Evans Adoteyâ€™s men found the winner when substitute Reginald Thompson made it 2-1 on the 75th minute after Kofi Agbesimah had levelled following Diawisie Taylorâ€™s 18th minute penalty.

The win has certainly breathed life back into what seemed like a dying title charge as they are now within 4 points of top of the table Asante Kotoko.

David Abagna Sandan had shot the Miners ahead in the first half, and they looked to be on their way to victory but substitute Abass Ganiu popped up with the equalizer in injury time to deny Ashgold the win.

It was the first game for Thomas Duah as Ashgold boss, after he was given the team on temporary basis following the exit of head coach Romain Folz.

In Dawu, Inter Allies secured a rare win with a 2-0 victory over Elmina Sharks.

Samuel Armah put the Eleven is to One ahead in the first half before Nigerian Andy Okpeâ€™s penalty sealed the victory.

All though Allies remain rooted to the bottom of the table, they are now 6 points from the safety places.

In Dormaa, Benjamin Tweneboah scored the only goal of the game to give Aduana Stars a slim 1-0 win over Berekum Chelsea while Liberty Professionals and Medeama played out a 0-0 draw in Sogakope.

In Cape Coast, the game between Ebusua Dwarfs and Legon Cities was abandoned at half time after the referee Alpha Adey failed to show up for the second half.

According a tweet from Legon Cities, the referee said he did not feel safe officiating the rest of the game after Ebusua Dwarfs fans threatened him with beatings.

On Saturday, Asante Kotoko went top of the table with a come from behind 3-1 win over Dreams FC and Great Olympics left it late to steal a dramatic 3-2 win away at WAFA. 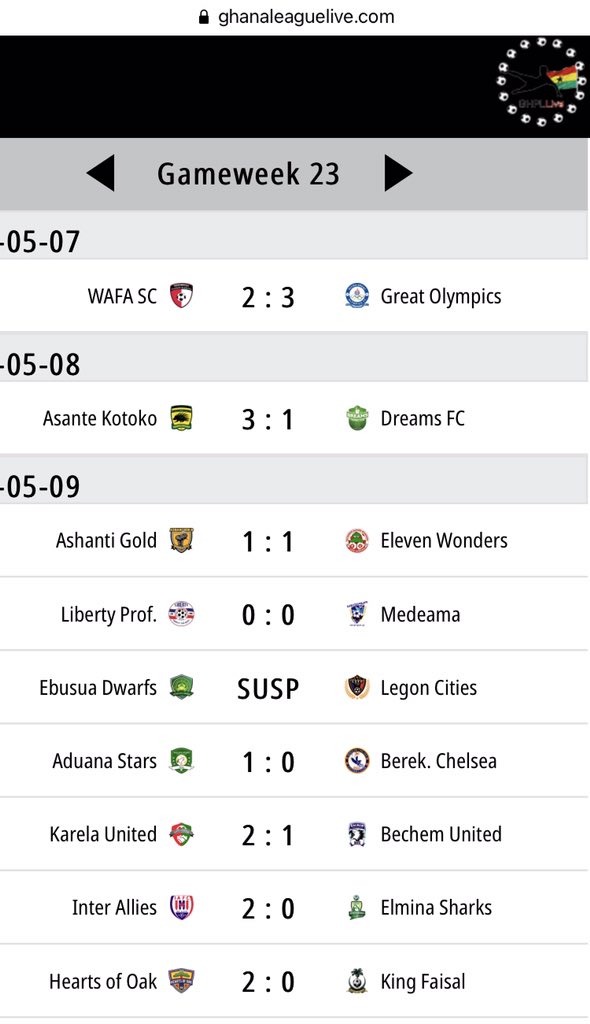 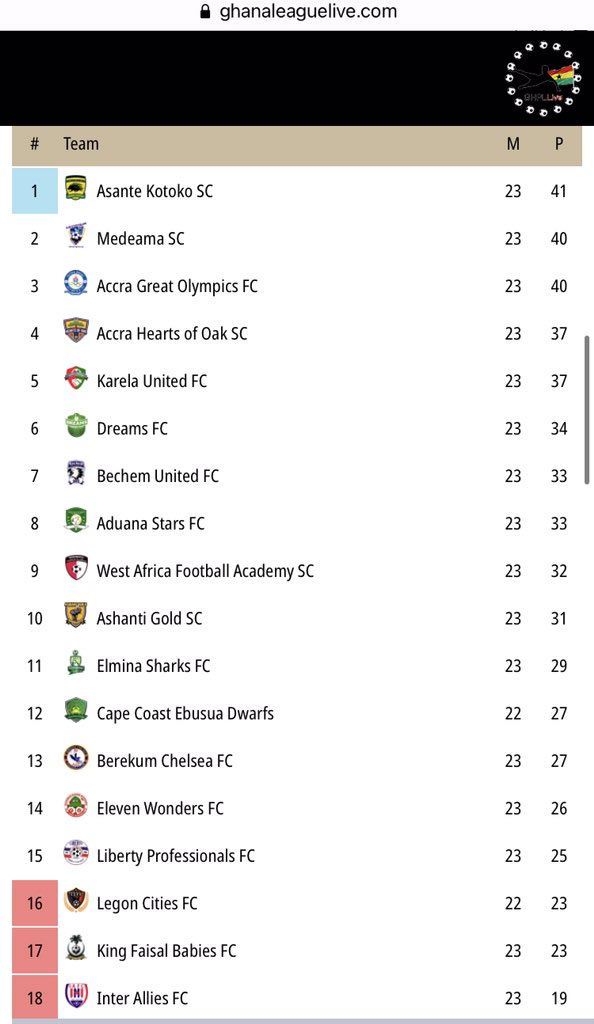