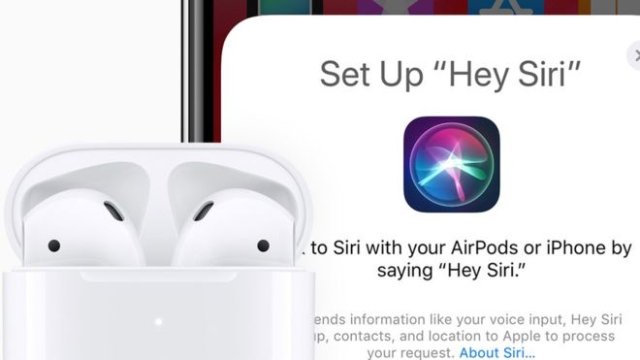 Apple has launched a new version of its wireless earphones that allows users to activate the virtual assistant Siri by voice alone.

It means that the assistant can now be reached without any buttons having to be pressed - users just utter the familiar command, "Hey Siri".

Apple also said that the AirPods had an additional hour of talk time thanks to improved battery life.

One analyst said it was a sign that AirPods were "getting smarter".

The AirPods also feature a new chip, H1, which Apple says improves the wireless connection between the earphones and the user's smartphone, watch or tablet.

"Switching between devices while listening to music on iPhone, Apple Watch or iPad is more seamless than ever with two times faster connect times," said Apple.

The new AirPods will cost $159 (Â£120) while the version with the wireless charging case will cost an extra $40.

"Apple is trying to accessorise smartphones and grow its whole mobile pie.

"If Apple can sell [a] million more AirPods this year, then it can offset some of the recent declines in iPhone."

Read also: Samsung and Apple are losing ground to Huawei because their phones are too expensive, research shows