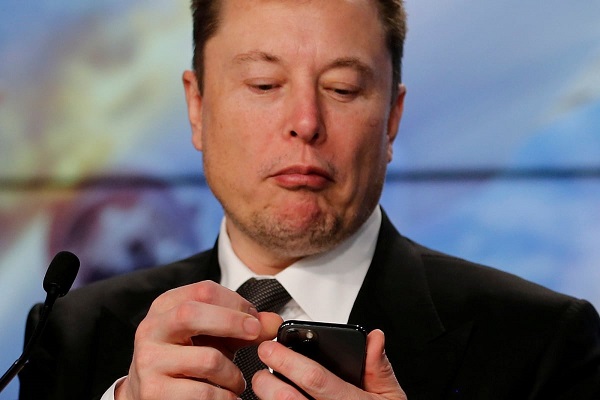 Elon Musk has a simple plan if Apple decides to boot Twitter from the App Store. The billionaire will create his own smartphone.

Musk wrote in a Friday tweet he would "make an alternative phone" to compete with Apple's iPhone if the tech giant ends up blocking Twitter from its powerful App Store.

Since taking over Twitter at the end of October, Musk has made many changes to the platform, including extensive layoffs and firings of personnel, which have led to resignations executives in charge of data privacy and content moderation. Before he offered to buy Twitter for $44 billion, Musk criticized Twitter for undermining democracy by failing to uphold "free speech principles" and not long before called himself a "free speech absolutist."

Musk's stance on content moderation is essentially to allow speech that does not violate law. In addition, he is reportedly planning to try and make money for Twitter off of adult content or pornography, similar to the site Ony Fans. Under previous leadership like Jack Dorsey, content moderation was more deliberate and focused on "safety" for users, banning pornography, hate speech and violence. Musk has quickly moved to reinstate a number of users banned for such content, like former president Donald Trump.

Apple has lengthy guidelines for apps, which they need to follow in order to become and remain available as an app on iPhones and other Apple devices. The leading principle of the guidelines is "safety."

"When people install an app from the App Store, they want to feel confident that it's safe to do so — that the app doesn't contain upsetting or offensive content," the first rule of the guidelines reads.

In a potentially bad sign for Twitter, Phil Schiller, a longtime Apple marketing executive who leads its App Store, last week deleted his Twitter account. Schiller's move came after Musk complained on Twitter about Apple's fees, saying they're effectively "a hidden 30% tax on the internet."

Musk did not deny on Friday the possibility that his changes to Twitter could get it kicked out of the App Store, but allowed, "I certainly hope it does not come to that."