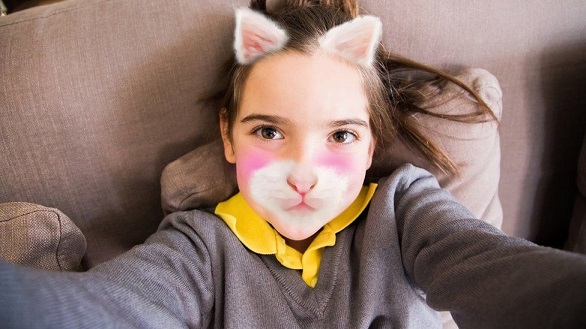 A group of public health advocates from around the world wants Facebook to scrap its plans to launch a version of Instagram for children.

A letter from the Campaign for a Commercial-free Childhood, signed by 99 groups and individuals, claims the "image-obsessed" platform is dangerous for children's health and privacy.

Plans for an Instagram for under-13s have been mooted in recent weeks.

"Kids are already online, and want to connect with their family and friends, have fun, and learn. We want to help them do that in a safe and age-appropriate way, and find practical solutions to the ongoing industry problem of kids lying about their age to access apps," the social media giant told the BBC.

"We're working on new age verification methods to keep under-13s off Instagram, and have just started exploring an Instagram experience for kids that is age-appropriate and managed by parents.

In March, Buzzfeed reported on an internal company post in which executives discussed plans to build a version of the photo-sharing app that could be used by children who are under the legal age to join Instagram.

Facebook, along with other social media platforms, is under growing pressure to find ways to stop the under-13s joining. But children can do so by lying about their age.

In the letter, the signatories point out that those under the age of 13 already on Instagram are unlikely to "abandon it for a new site that seems babyish".

"The real target of Instagram for kids will be much younger children," it said.

Josh Golin, Campaign for a Commercial-Free Childhood executive director, said: "Instagram's business model relies on extensive data collection, maximising time on devices, promoting a culture of over-sharing and idolising influencers, as well as a relentless focus on often altered physical appearance. It is certainly not appropriate for seven-year olds."

Kathryn Montgomery, senior strategist at the US digital rights group Center for Digital Democracy, said: "Facebook claims that creating an Instagram for kids will help keep them safe on the platform.

"But the company's real goal is to expand its lucrative and highly profitable Instagram franchise to an even younger demographic, introducing children to a powerful commercialised social media environment that poses serious threats to their privacy, health and wellbeing."

The letter cites research from the The Royal Society for Public Health which rated Instagram as the worst social media platform for youth mental health.

The report claims Instagram is linked to a increased risk of eating disorders, cyber-bullying and sexual grooming.

Just this week, Instagram was forced to apologise after a "mistake" meant diet content was promoted to users with eating disorders.

And the father of UK teenager Molly Russell, who took her own life in 2017, said that the platform was partly responsible, because she had viewed material about depression and suicide on it, even though such content is banned.

"Instagram's focus on photo-sharing and appearance makes the platform particularly unsuitable for children who are in the midst of crucial stages of developing their sense of self," the letter reads.

"Children and teens (especially young girls) have learned to associate overly sexualised, highly edited photos of themselves with more attention on the platform, and popularity among their peers."

There is also unnecessary commercial pressure on children, says the letter, quoting analysis by digital monitoring agency Sprout Social that suggests one in every three Instagram posts is an advert.

YouTube for Kids, which doesn't show adverts, was recently criticised for "smuggling in" marketing and advertising with product placements. Instagram has also faced criticism for not making it clear when posts are paid-for ads.

The letter added that Facebook had "a long track record of exploiting young people", citing a design flaw in Messenger Kids which allowed young children to circumvent parental controls.

The letter, addressed to Facebook chief Mark Zuckerberg, is signed by 35 organisations and 64 individual experts, including the Electronic Privacy Information Center, Global Action Plan and Kidscape.

Facebook is not the only platform under fire for the way it treats young people.

Dutch privacy group the Foundation for Market Information Research has alleged that TikTok violates children's privacy under GDPR rules. It plans to file a formal complaint.