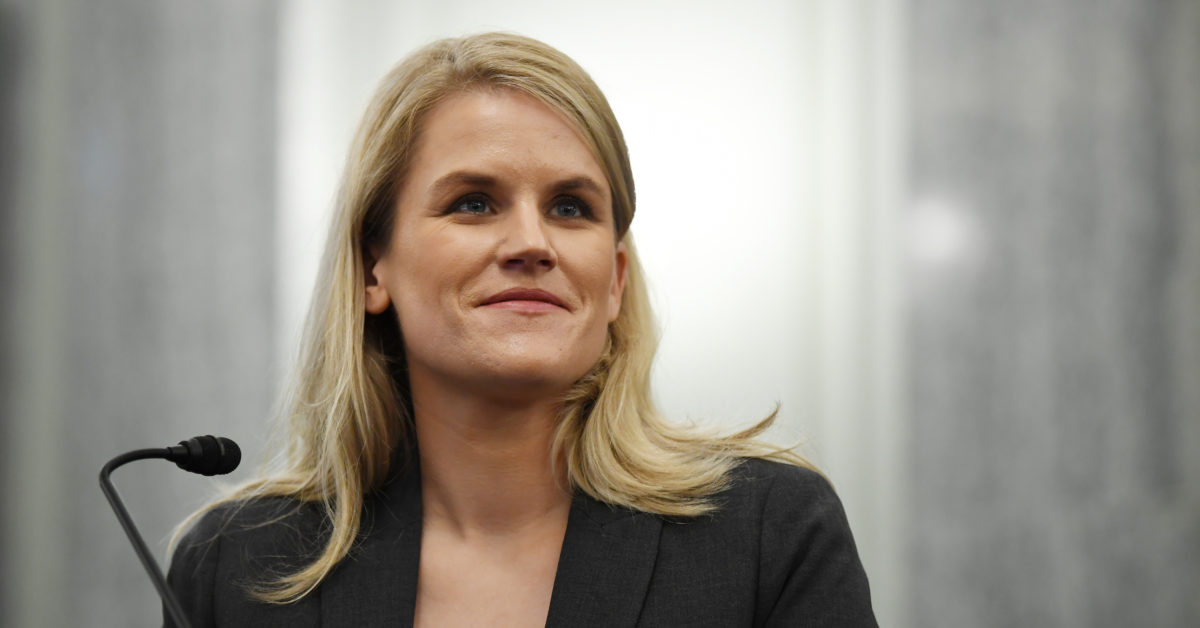 Frances Haugen, the Facebook whistleblower who accuses the technology giant of putting profit ahead of safety, will give evidence to the UK Parliament later this month.

Ms Haugen will appear before the Online Safety Bill committee on 25 October.

It is examining a law to impose obligations on social-media companies to protect users, especially children.

Facebook firmly denies any such allegations, with boss Mark Zuckerberg labelling them "illogical".

'Damage profits'
The former Facebook employee had handed over internal documents to the Wall Street Journal newspaper, which ran a series of news stories in September about Facebook's inner workings.

Giving evidence to a US Senate committee last week, she said Facebook refused to make changes that would make the platform safer because it might damage profits.

And she is calling for government regulation of the technology giant - both in the US and around the world.

The UK's Online Safety Bill is potentially one such piece of regulation.

Damian Collins, who chairs the committee reviewing the draft legislation, said Ms Haugen's information to date had "strengthened the case for an independent regulator with the power to audit and inspect the big tech companies".

Facebook has firmly pushed back against all the allegations against it, saying Ms Haugen "mischaracterised... stolen documents" and the Wall Street Journal's series of reports were misleading.

And following Ms Haugen's testimony last week, Mr Zuckerberg publicly posted a letter to staff, saying: "It's difficult to see coverage that misrepresents our work and our motives."

Among many issues he tackled was the idea it was profitable for Facebook to stoke discontent for the sake of keeping users on the platform - arguing advertisers did not pay to advertise on controversial material.

Facebook has also frequently pointed to its long-standing calls for reform of industry-wide regulation.