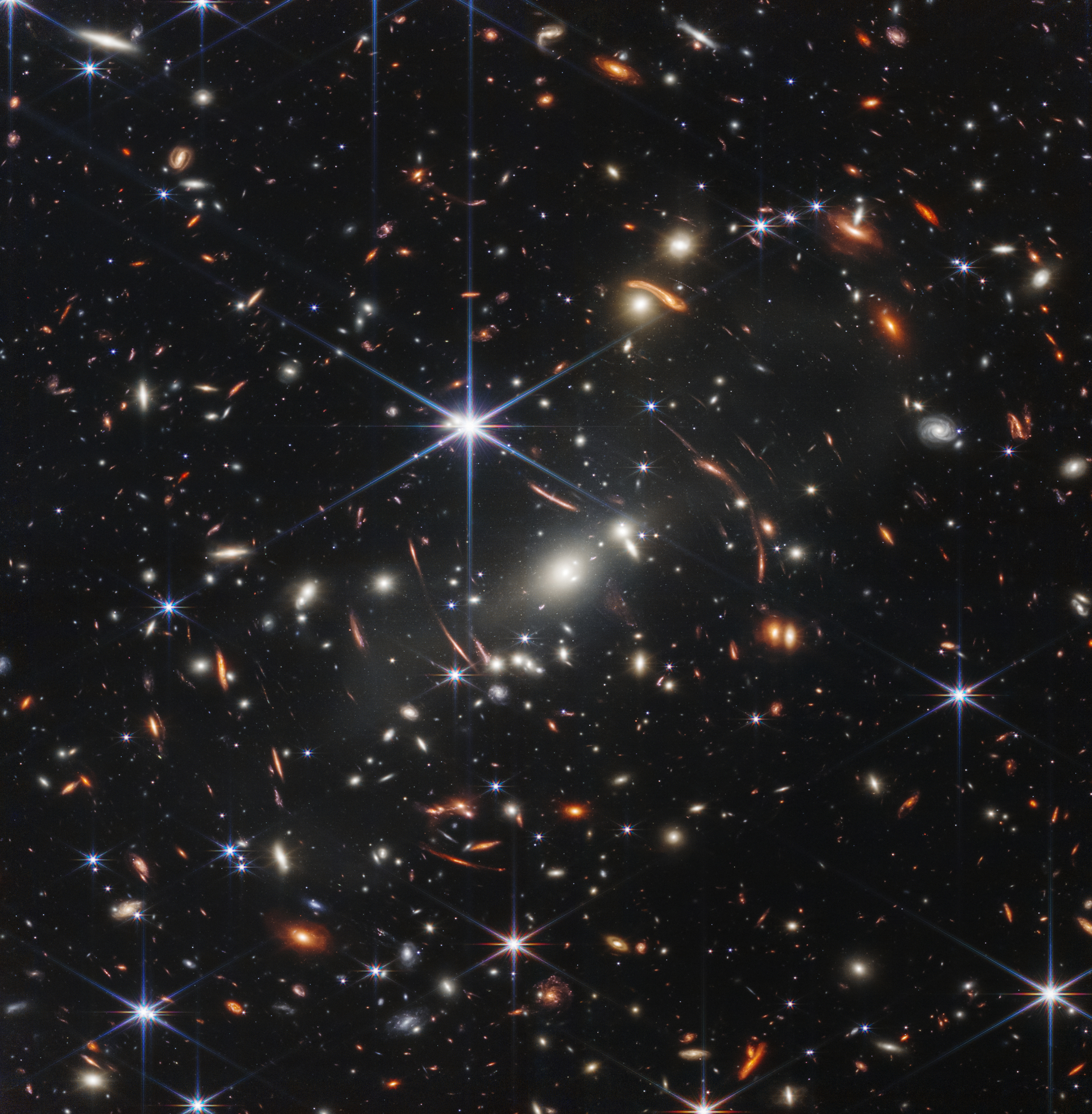 The pictures show elements of the universe as they were 13bn years ago, reshaping our understanding of the cosmos

Nasa has released an image of far-flung galaxies as they were 13bn years ago, the first glimpse from the most powerful telescope ever launched into space, which promises to reshape our understanding of the dawn of the universe.

The small slice of the universe, called SMACS 0723, has been captured in sharp detail by the James Webb space telescope (JWST), showing the light from many different twinkling galaxies, among the oldest in the universe. Joe Biden, who unveiled the image at a White House event, called the moment “historic” and said it provided “a new window into the history of our universe”.

“It’s hard to even fathom,” said the US president. “It’s astounding. It’s an historic moment for science and technology, for America and all of humanity.”

Bill Nelson, administrator of Nasa, said the image showed the light of galaxies bending around other galaxies, traveling for billions of years before reaching the telescope. “We are looking back more than 13 billion years,” he said, adding that more images to be released by the space agency would reach back further, to about 13.5 billion years, close to the estimated start point of the universe itself. “We are going back almost to the beginning,” he said.

The release of the image is a preview of a series of high-resolution color pictures from JWST that will be shown off by Nasa on Tuesday. They will include “the deepest image of our universe that has ever been taken”, according to Nelson.

Experts have said the telescope, three decades in the making and launched last year, could revolutionize our understanding of the cosmos by providing detailed infrared images of the universe.

The $10bn telescope is able to peek inside the atmospheres of exoplanets and observe some of the oldest galaxies in the universe by using a system of lenses, filters and prisms to detect signals in the infrared spectrum, which is invisible to the human eye. The system has so far “performed flawlessly”, according to Marcia Rieke, professor of astronomy at University of Arizona.

“Webb can see backwards in time just after the big bang by looking for galaxies that are so far away, the light has taken many billions of years to get from those galaxies to ourselves,” said Jonathan Gardner, deputy senior project scientist at Nasa, during a recent news conference. “Webb is bigger than Hubble so that it can see fainter galaxies that are further away.”

The telescope, which is a joint endeavor with the European Space Agency, has been in development since the mid-1990s and was finally propelled into space in December. It is described as the most powerful telescope ever to be sent into space and is currently about 1m miles from Earth, performing its task of scanning ancient galaxies.

The initial goal of the project was to see the first stars and galaxies formed following the big bang, watching “the universe turn the lights on for the first time”, as Eric Smith, Webb program scientist, put it. The telescope should be considered “one of humanity’s great engineering achievements”, said Kamala Harris, the US vice-president.

“It’s hard to take in how fantastic it has turned out to be. It is utterly amazing.”

Nasa said JWST has five initial cosmic targets for observation, including the Carina nebula, a sort of celestial nursery where stars form. The nebula is about 7,600 light years away and is home to many enormous stars, several times larger than the sun.

Other areas of focus include WASP-96 b, a giant planet outside our solar system that is made mainly of gas; the southern ring nebula, an expanding cloud of gas surrounding a dying star that’s 2,000 light years from Earth; and Stephan’s quintet, notable for being the first compact galaxy group discovered in 1877. Images from these targets will be unveiled by Nasa on Tuesday.

“As we are ourselves made of the material synthesized in stars over the past 13 billion years, JWST has the unique ability to trace back to our own origins in this remarkable universe. Everyone can take part in this amazing adventure.”

… we have a small favour to ask. Millions are turning to the Guardian for open, independent, quality news every day, and readers in 180 countries around the world now support us financially.

We believe everyone deserves access to information that’s grounded in science and truth, and analysis rooted in authority and integrity. That’s why we made a different choice: to keep our reporting open for all readers, regardless of where they live or what they can afford to pay. This means more people can be better informed, united, and inspired to take meaningful action.

In these perilous times, a truth-seeking global news organisation like the Guardian is essential. We have no shareholders or billionaire owner, meaning our journalism is free from commercial and political influence – this makes us different. When it’s never been more important, our independence allows us to fearlessly investigate, challenge and expose those in power. Support the Guardian from as little as $1 – it only takes a minute. If you can, please consider supporting us with a regular amount each month. Thank you.