Google under investigation for recent firing of four employees 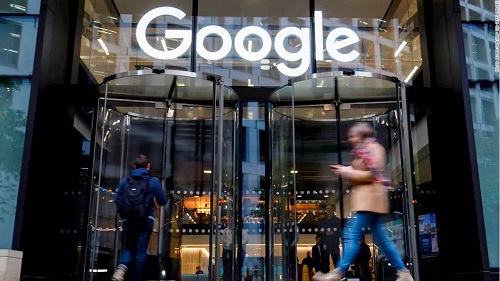 Google is under investigation by the US government over its labour practices and the firing of several employees.

The National Labor Relations Board confirmed to CNN Business it launched an investigation following a formal complaint filed by four fired employees alleging they were let go for speaking out against Google (GOOG) and its practices, such as having controversial government contracts. The news was first reported by CNBC.

In response to the investigation, Google reissued the statement it released on the heels of the claims: "We dismissed four individuals who were engaged in intentional and often repeated violations of our longstanding data security policies, including systematically accessing and disseminating other employees' materials and work. No one has been dismissed for raising concerns or debating the company's activities."

The fired workers -- Laurence Berland, Paul Duke, Rebecca Rivers and Sophie Waldman -- claim they were fired from Google for engaging in legally protected labor organizing. The group, which filed a lawsuit against the company last week, said they want to ensure their firings don't scare current Google employees from speaking out.

Google said last week it prohibits retaliation in the workplace.

In a post published on Medium, the former workers deny wrongdoing and said they would be filing NLRB charges. The group also said they were vocal in advocating against certain decisions or actions taken by Google and were involved in matters such as signing letters to cancel controversial government contracts, organizing and participating in walkouts, and advocating for unionization.

Google was long considered an ideal of workplace culture, with enviable benefits including free meals, on-site childcare and an emphasis on transparency. But the company's reputation is changing as tensions with employees continue to rise and backlash toward its policies grows.

In recent years, Google employees have engaged in protests and organized walkouts over issues such as the company's handling of sexual harassment allegations against executives, claims of inadequate action on climate change, pursuit of military contracts, the potential development of a censored search engine in China and employee policies.