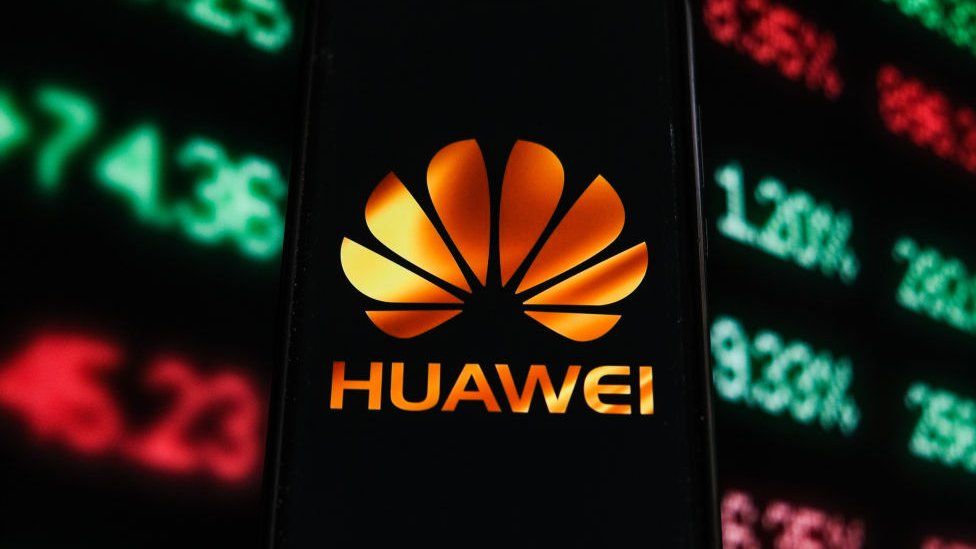 The firm sold part of its mobile phone business following US sanctions, which analysts say contributed to the drop.

Sanctions make it hard for Huawei to buy components and software using US technology.

Huawei also cited the effect of the chip shortage on its business.

Earlier this year the company's consumer devices chief acknowledged the challenges it faced: "US sanctions have posed great difficulties to our business operations and day-to-day work," Richard Yu, said as the company announced the launch of a new phone.

The sanctions have also effectively prevented Huawei devices from working fully with Google's Android Operating system, prompting the firm to expand the use of its own Harmony OS .

A spokesperson for the company told Reuters this was due to the slow rollout of 5G in China.

But sales outside China increased, in spite of US pressure on its allies to exclude Huawei from 5G infrastructure over concerns about national security.

Huawei denies allegations that its equipment poses a security risk, and has called the claims politically motivated.

The company saw growth from its enterprise and cloud services businesses.

In a statement, Chairman Eric Xu said: "Our aim is to survive, and to do so sustainably,"