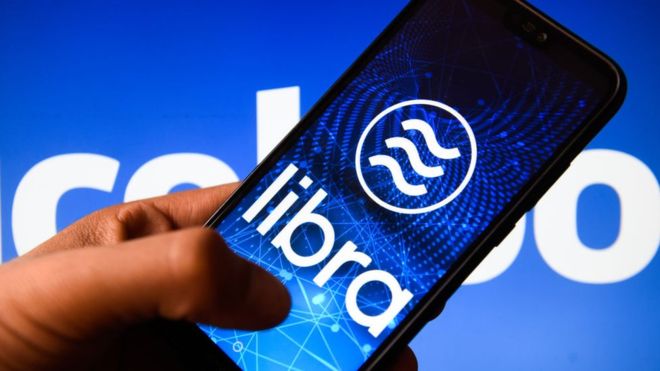 Many were left wholly unsatisfied by news that the punishment for Facebook's privacy misdeeds, from the US at least, would be set at $5bn - an amount the firm can well afford, and for which it had already mostly accounted.

The mood among the networkâ€™s critics: Mark Zuckerberg has gotten away with it.

But if there is to be a real punishment for Facebook, we may have seen it playing out in Washington DC this week.

Facebookâ€™s ambitions to launch a cryptocurrency represents the biggest project the company has undertaken since the dorm-room conception of Facebook itself. Over two congressional hearings this week, Facebookâ€™s David Marcus repeated the potential benefits: easier money transfer around the world, and the chance to reach more than one billion â€œunbankedâ€ people.

But such is the animosity towards Facebook in Washington DC today, the firm may not be allowed to launch it at all. It would be a big blow to the companyâ€™s desire - and necessity - to diversify the way it makes its money, at a time when the relative freedom to gather personal data with the intent to sell advertising is coming under threat.
As Facebookâ€™s army of lobbyists will know, even in divided America, stifling the networkâ€™s power is apparently one of the few surviving bipartisan goals. Every move Facebook now makes will draw concern from lawmakers, even if the idea in isolation appears to be worth exploring.

â€œJust because we may not fully understand a technology proposal,â€ remarked Republican Patrick McHenry, â€œdoes not mean we should immediately call for its prohibition.

'We cannot accept a new currency'
A draft bill entitled â€œKeep Big Tech Out of Financeâ€, seeks to ban any technology company with yearly revenues in excess of $25bn (Â£20bn) from entering the finance sector. Realistically, itâ€™s too sweeping a measure to pass, but it does draw attention to a determination here to not let Facebookâ€™s next moves go unchecked.

And thatâ€™s a feeling which extends beyond the US. Just as hearings were taking place in Washington DC, finance ministers from the G7 countries were meeting in Chantilly, near Paris.

Italyâ€™s finance minister told reporters he would move to keep Facebook in check, seeing Facebookâ€™s ambitions in this space as a move to â€œcontrol whatâ€™s going onâ€.

Like US lawmakers, heâ€™s concerned about the use of Libra to fund terrorism, buy illegal goods, or launder money. Itâ€™s not hyperbole - many cryptocurrencies, most famously Bitcoin, have been used for such purposes.

Mr Le Maire said: "How could we accept to have now a new currency which wouldnâ€™t stick to the same kind of obligation?â€

'Change is here'
Facebook feels it will be able to build in sufficient protections to address the concern. For starters, those who use Facebookâ€™s own wallet - Calibra - to trade the Libra currency, must upload a government ID, removing the anonymity afforded by other digital currencies.

More broadly, David Marcus said, the Libra currency ultimately wonâ€™t be fully controlled by Facebook - it is one of dozens of companies and groups that have a say in how Libra will be set up, managed and secured.

Facebook will have no dominant position (though as the biggest player, you could argue Facebook will command one, even if it isnâ€™t technically in charge)

Mr Marcus also, repeatedly over the two days, pressed the argument that if Facebook doesnâ€™t do this - someone else will, implying China, where companies very much outside of US scrutiny and control could move into this space.

This, more so than any other argument from Mr Marcus, will resonate. Appearing tough on Facebook is a vote-winning position for sure, but stifling American innovation in a way which boosts China would certainly take precedent.

"The reality is that whether Facebook is involved or not, change is here,â€ said Senator McHenry.

"Digital currencies exist. Blockchain technology is real, and Facebookâ€™s entry into this world is just confirmation.â€

Facebook has said it wonâ€™t launch without regulatory approval. A spokeswoman at the firm would not say if the company would launch for users outside the US if was able to get approval elsewhere - a move that would upset regulators here immensely, youâ€™d imagine.

Either way, the company's stated aim of launching as soon as next year seems ambitious. And thatâ€™s a lot more painful than a $5bn fine.

His French equivalent, Bruno Le Maire, was similarly concerned. You might even say incensed.

"I would say this is first of all a question of sovereignty,â€ he told reporters. "You have states, the United States, France, Germany, Italy - all sovereign states with sovereign currencies: dollar, euro and so on and they are sticking to some very strong commitments, some very strong rules.