Netflix plans to launch its own video game studio 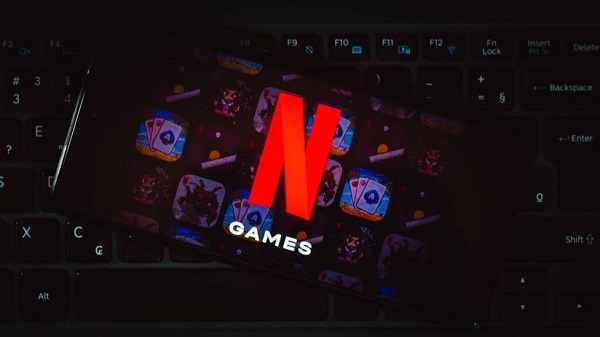 Netflix is setting up its own video game studio, as it intensifies its efforts to establish itself in the gaming industry.

Based in Helsinki, Finland, it will be led by former Zynga and Electronic Arts executive Marko Lastikka.

But the streaming giant is now going further and creating a studio from scratch.

Lastikka is an established figure in gaming, having co-founded Zynga studio - also in Helsinki - which worked on FarmVille 3 under his leadership.

READ ALSO: Ghana re-affirms position to leave no one digitally behind

Amir Rahimi, Netflix VP of Game Studios, announced the "vision to build a world-class games studio" in a blog post.

"[It] will bring a variety of delightful and deeply engaging original games, with no ads and no in-app purchases."

Netflix then lost almost a million subscribers between April and July 2022, the biggest in its history, though it still has more than 220m subscribers worldwide.

Why Helsinki?
Netflix purchased Helsinki-based Next Games in March 2022. It already had a working relationship with the game developer, which made a mobile game based on the Netflix hit series, Stranger Things.

At the time, Next Games was described as "a core studio in a strategic region and key talent market", by Netflix VP of Games Michael Verdu.

Gaming researcher Annakaisa Kultima, who lives in Helsinki, told the BBC that this acquisition would have played a part in Netflix's decision.

"They know how Helsinki works," she said, "and how the development culture works in Finland.

"There are hundreds of games published on a daily basis on the app stores, so in order to really make it there, you have to have the critical knowledge of how to make it happen.

"We have the reputation of doing pretty well for the past decade or two in the game industry, but games are not labelled where they were made.

"From that perspective, I think that's the reason, they know that talent is based in Finland - [Clash of Clans developer] Supercell is in Helsinki in the city centre, and [Angry Birds developer] Rovio Entertainment and [Control developer] Remedy Entertainment are in Espoo, which borders the city."

Just for mobile?
Netflix has had a growing interest in the gaming industry in recent years.

It has released several series based on games, such as Arcane (based on League of Legends) and Cyberpunk: Edgerunners (based on Cyberpunk: 2077).

Netflix is also working closely with Ubisoft, which will see both a live-action Assassin's Creed television series developed, and a Netflix-exclusive mobile game.

It is unclear whether the Netflix studio intends to develop games exclusively for mobile, or if it will also target the home console market.

"If they want to utilise a lot of the IP that they have, they probably have to build a lot of those games themselves," he said, "because working with external publishers on IP licencing deals becomes very tedious and complex.

"They have so much data on customer preferences on the video-streaming content side, my sense is they can probably bring some of that to bear.

"I think ultimately what they want to do is utilise these games as part of the product content package, and then funnel into the Netflix universe."