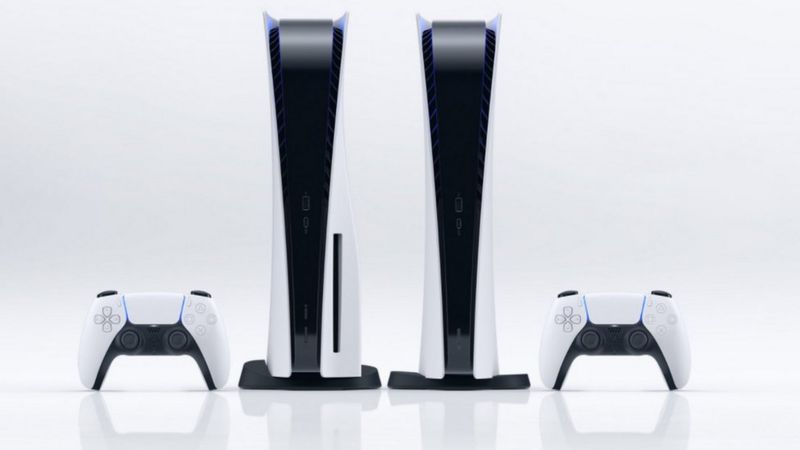 Sony has matched the price of the forthcoming flagship PlayStation 5 to that of Microsoft's Xbox Series X.

Last time round, the PS4 significantly undercut the Xbox One at launch.

Sony also confirmed the PS5's "digital edition" - which does not have a disc drive - would cost about 40% more than the low-end Xbox Series S.

Sony was the clear leader in the previous generation of the so-called console wars.

The various PlayStation 4 consoles outsold the Xbox One range by a factor of more than two to one.

Some industry-watchers believe Microsoft's combination of a Â£250 price for the XBox Series S and the value offered by the Xbox Game Pass subscription service could give the US firm an advantage. 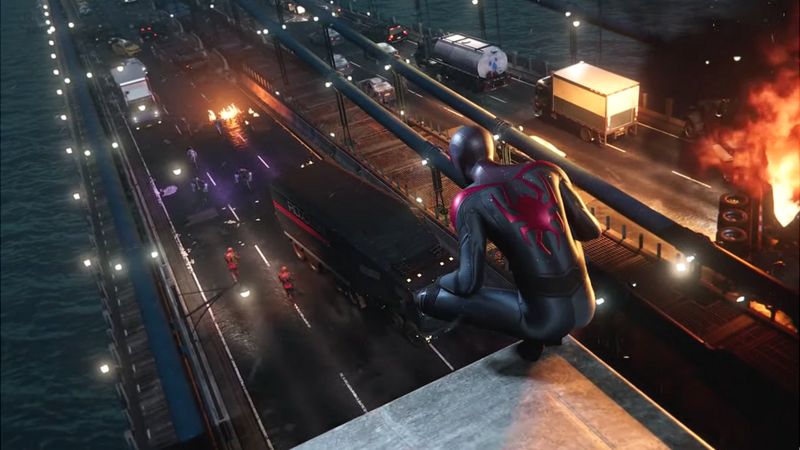 Microsoft offers members its first-party blockbuster games at launch in its games library, unlike Sony's existing PlayStation Now services, which is limited to older major releases.

Sony showed off a new subscription service called the PlayStation Plus Collection for the PS5.

But it appeared to focus on the PS4's greatest hits - including Last of Us Remastered, God of War and Bloodborne - rather than any of the PS5's forthcoming releases.

"Microsoft has a really appealing offering with the Xbox Series S pricing at just Â£250, and Sony doesn't really have an answer to that for people who just want the cheapest possible entry point to next-generation gaming," video games journalist Laura Dale told the BBC.

"However, people who want to play any of Sony's first-party franchises are unlikely to be swayed to Xbox just because it's cheaper."

One key difference between the two companies' strategies is that the Xbox Series S delivers lower-resolution graphics than the Series X because it has less powerful components, while Sony has opted only to remove the Blu-ray drive from its entry-level machine.

On that basis, its marketers may still argue it provides a better-value way to experience the full power of what next-generation games can deliver.

Even so, it is likely Sony will instead focus its appeal on the draw of its "console exclusive" titles.

To that end, during its latest virtual event it showed trailers and gameplay for:

Final Fantasy XVI - the latest entry in Square Enix's series, which appears to be set in a medieval world this time round after the sci-fi-themed last title

Marvel's Spider-Man: Miles Morales - including a lengthy battle with super-villain The Tinkerer on a bridge

Deathloop - an assassin-themed shooter in which time repeats, helping players learn how best to hunt their targets

Sony also teased its forthcoming God of War sequel Ragnarok, which it said would be released next year, but only showed off an animated logo.

"It is possible that PS5 will have launched three console-exclusive titles before Xbox Series X manages to launch its first - Halo Infinite, with no date in 2021 specified as of yet," said Louise Shorthouse, a games analyst at Omdia.

"Consumers also tend to stick with the same console brands across generations, so Sony is in an incredibly strong position."
Many of the games on show had been previewed at an earlier event in June.

But there was also a first look at the much anticipated Harry Potter spin-off Hogwarts Legacy. The role-player game will be a cross-platform release in 2021.

"The two higher-spec consoles are close to each other in terms of specification - the Xbox has more storage, but the PS5's is slightly faster," said Nicky Danino, a gaming expert at the University of Central Lancashire.

"But there are still reasons why people will pick a specific console. What platform your friends play on, for example, is highly influential."

It looks like Sony is almost trolling arch-rival Microsoft by matching the PS5's price to that of the Xbox Series X.

The gambit will have surprised many industry observers.

Xbox felt forced to reveal its prices last week following a leak. And this seemed to gift PlayStation a second-mover advantage.

But when I spoke to PlayStation's chief executive Jim Ryan, he was adamant that the PS5's price points had been set since the beginning of the year. Likewise, he said, today's announcement had been in his diary for some time.

On paper the Xbox Series X is the more powerful machine.

But PlayStation has a solid line-up of platform-exclusive titles.

And the delay to Halo Infinite - after fans complained that footage shown earlier in the year was underwhelming - has been a big blow to Microsoft's original launch plans.

But is the PS5 fighting the last generation's console war?

Xbox has a compelling offer with its Game Pass Ultimate subscription service. So even if Xbox doesn't sell as many physical consoles as PlayStation, it may still prove to be at least as profitable.

When I questioned Mr Ryan about the possibility of a similar service, he said PlayStation was about big blockbuster games that cost a lot to make, so a similar subscription service model would not make financial sense.

We will find out whether he sticks to that strategy in 2021 or beyond once supply meets demand.