Popular Indian YouTuber in a dilemma over 'prank' kissing 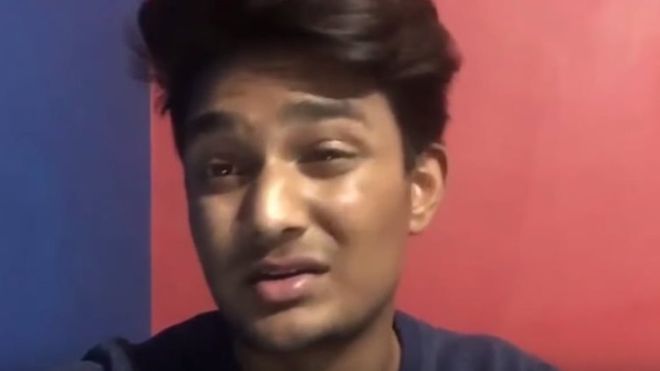 While we don’t entirely have control over what runs in ‘cyber-space’ except and unless you live China, we indeed take responsibility for them. Such is the case of an Indian YouTuber Sumit Verma whom after posting a video featuring him randomly walking up to women in public places, kissing them and running way, lands himself in trouble.

Currently investigating the video the Delhi police have urged "his victims" to file complaints.

Meanwhile, Mr. Verma has apologized and deleted his "prank video" after massive public criticism. He had posted the video amidst claims of mass molestation in India’s southern city of Bangalore on New Year's Eve which caused great public outcry.

The YouTuber, with over 150,000 subscribers on his "Crazy Sumit" channel, claimed the video was made "for entertainment and had no intention of hurting anybody".

But his defense has failed to persuade the police. Speaking to a PTI news agency, Police spokesperson Dependra said, "the video has come to Delhi Police's notice through media. We have started the initial technical inquiry. This obscene video is available on Facebook and YouTube links and we are probing this". He further stated that he sees “this kind of sexual perversion on social media in the name of getting likes, online publicity and maybe even some money is involved in it".

India has several prominent YouTube channels to its credit as well as stars who make entertainment videos. Mr. Verma has been criticized by one of such channels, TroubleSeekerTeam, who said "harassing women or anybody can never be taken as entertainment. It's simply molestation," and a host of other individual social media practitioners.