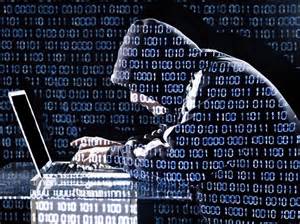 It is perhaps one of the most important subjects for discussion today among policy makers around the world, at least those serious about their national security in the 21st Century. Its operation unconventional and impact, anything but to be underestimated. It requires no large sites for development plants like the missile launchers or nuclear bomb does nor its goal to destroy the physical human life. It runs covertly from behind personal computers or mobile devices from various locations on our planet and its aim, to distort the flow of the generation’s currency – information,  mislead the public and create a kind of war that might not be resolved by mediation efforts from some of the most skilled diplomats nor the damages mitigated by the most effective reconciliation commission ever organized. Whether one accepts it or not, the threat  or even reality of cyberattack is not just imminent ; it lives with us.

The latest is a spate of several tens of millions IP addresses used to take down popular websites like Twitter and Netflix as part of a massive outrage of cyberattack last Friday. Dyn, an Internet middleman company, was the target of this distributed denial-of-service, or DDoS, attack that hit in three waves. Dyn whose primary job is to directs traffic when people type a URL into a browser, disclosed this on Saturday through its Chief Security Officer (CSO). In his own words, "The sheer volume and consistency of these attacks was unprecedented. We run 18 data centers globally and it was hitting all of them at different and unique time ". In assessing the damages caused by the attack, CEO John van Siclen of the Software IT company Dynatrace, a company that monitors more than 150 websites disclosed that, the disruption may have lost companies up to $110 million in revenue and sales. In addition, are the attacks on private emails, social media accounts, etc. As Linux Systems analyst Hayden James rightly remarked in responding to this latest hit, "There's a strong possibility of far more sophisticated attacks that could shut down the entire internet for everyone for hours, if not an entire day".

The times have changed, we now live in a globalized world: one driven by information technology. While it continually offers increasing opportunities, it is equally accompanied by enormous threats: ones that demand new rules of engagement, not of missile guiding instructions but a new kind of vigilance less on the private and more on an inter-government collaborative level.