After 4 years Sweden to interview Assange in Ecuadorâ€™s embassy 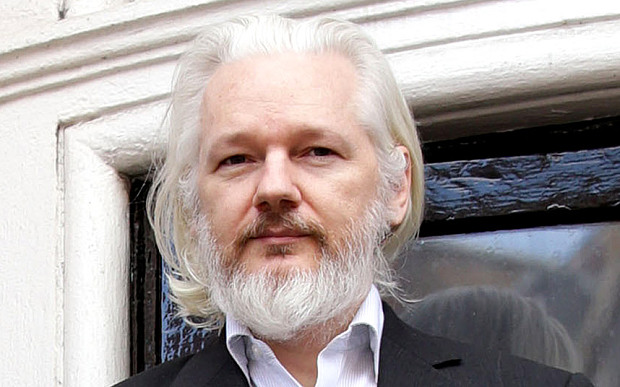 Sweden has made a formal request to interview Assange in Ecuadorâ€™s London Embassy in June, four years after the initial offer from Ecuadorian authorities. The deal was struck on Wednesday.

The agreement was apparently reached after Ecuadorâ€™s general attorney okayed the Swedish governmentâ€™s request to interview the WikiLeaks founder.

â€œIn the coming weeks, a date will be established for the proceedings to be held at the Embassy of Ecuador in the United Kingdom,â€ according to a communique released by Ecuadorâ€™s Foreign Ministry, as quoted by Telesur media outlet.

Julian Assange has been living in the building of the Ecuador's Embassy since 2012. The 44-year-old was granted asylum due to his concerns that he would be extradited to Sweden, and then to the US.

In February, the UN released a statement ruling that Assange is the victim of arbitrary detention â€œby the Governments of Sweden and the United Kingdom.â€

The Ecuadorian authorities say they have been urging Swedish prosecutors to interview Assange since 2012.

â€œFor more than four years, the government of Ecuador has offered to cooperate in facilitating the questioning of Julian Assange in the Ecuadorean Embassy in London, as well as proposing other political and legal measures, in order to reach a satisfactory solution for all parties involved in the legal case against Julian Assange.â€

They added that the Ecuadorian government â€œreiterates its commitment to the asylum granted to Julian Assange in August 2012, and reaffirms that the protection afforded by the Ecuadorian State shall continue while the circumstances persist that led to the granting of asylum, namely fears of political persecution.â€