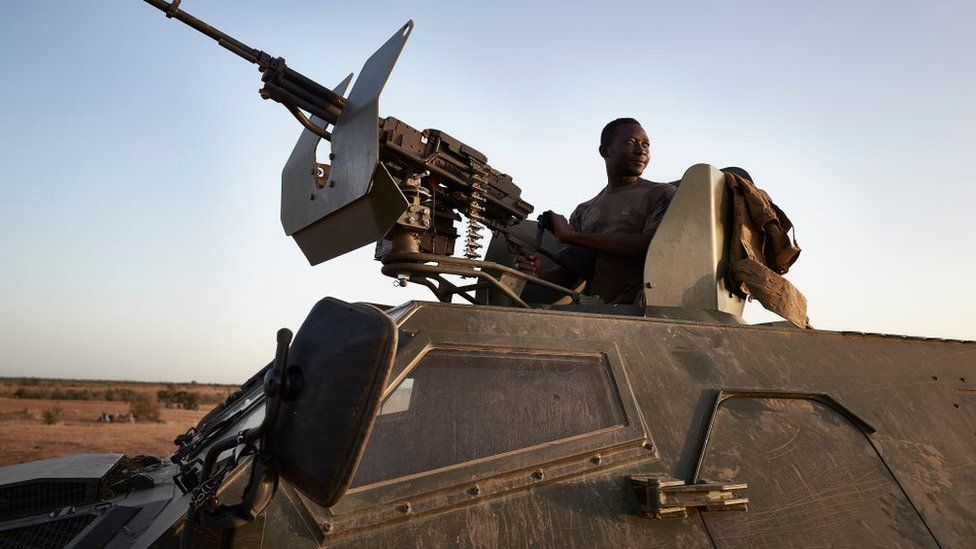 Two Spanish journalists and an Irish national abducted near a nature reserve in eastern Burkina Faso have been killed.

The Europeans were part of an anti-poaching patrol that was ambushed by gunmen near Pama Reserve on Monday.

Burkina Faso government officials confirmed their deaths on Tuesday. A local soldier was also abducted, but his status is unknown.

It remains unclear who carried out the attack.

The West African country is facing a deepening security crisis, like many of its neighbours, as Islamist armed groups carry out raids and kidnappings across much of the region.

What do we know about the attack?
The patrol on Monday included soldiers, forest rangers and foreign reporters.

Two soldiers wounded in the ambush told the Associated Press (AP) news agency the attack had been launched by jihadists who had outnumbered the patrol.

One of the soldiers was shot in the leg and the other in his arm, causing it to be amputated, according to AP. The soldiers said they had tried to form a protective shield around the foreigners, but realised when the shooting stopped that they had disappeared.

Vehicles and weapons were also seized in the attack.

Spanish Foreign Minister Arancha González Laya told reporters on Tuesday that bodies found in the area appeared to be those of two Spanish journalists who had been filming a documentary.

He named the journalists as David Beriain and Roberto Fraile, and praised "those who, like them, carry out courageous and essential journalism from conflict zones".

Mr Beriain was a seasoned journalist who had reported from around the world and launched his own production house, while Mr Fraile had covered several conflicts as a cameraman, including the war in Syria.

On Tuesday Burkina Faso officials confirmed their deaths, as well as the death of an Irish national.

Irish media reported the victim was Rory Young, co-founder and president of the anti-poaching group Chengeta Wildlife. The organisation later confirmed his death in a Facebook post, calling him an "inspirational leader".

A senior security source told AFP news agency that the three Europeans had been "executed by terrorists".

The secretary general of journalism advocacy group Reporters Without Borders reacted to the news on Twitter, saying "this tragedy confirms the great dangers reporters face" in Africa's Sahel region.

Details of what happened to the local soldier who was abducted were not immediately clear.

What's the background?
The kidnappings are the latest in the former French colony where wildlife reserves used to be popular with tourists.

But many of them are in territory now targeted by jihadists.

Militant Islamist groups are believed to be holding several foreigners hostage in Burkina Faso, as well as in the neighbouring states of Mali and Niger, Reuters news agency reports.

The semi-arid region, known as the Sahel, has been hit by an insurgency since the militants captured large parts of northern Mali in 2012 and 2013.

France and other foreign allies have deployed troops to the region but have failed to end the insurgency.