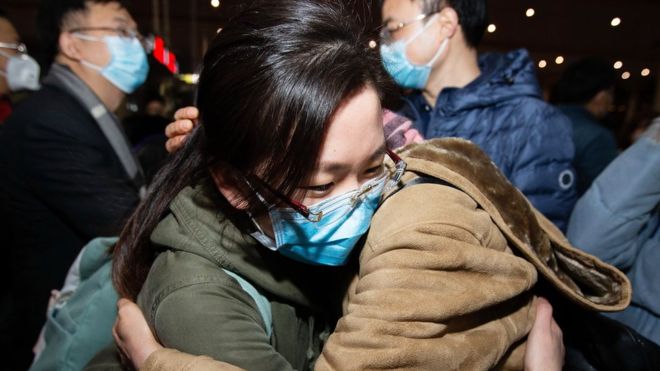 A new coronavirus that has spread to almost 2,000 people is infectious in its incubation period, making it harder to contain, Chinese officials say.

Some 56 people have died from the previously unknown virus. National Health Commission Minister Ma Xiaowei told reporters the ability of the virus to spread appears to be strengthening.

Several cities across China have had significant travel restrictions placed on residents, with Wuhan in Hubei, the source of the outbreak, put in effective lockdown.

The infections were at a "crucial stage of containment", Ma Xiaowei said.

Officials have pledged to intensify their efforts to contain the virus, and announced that the sale of all wildlife in China would be banned from Sunday.

But while the virus was initially thought to have originated in animals, it has spread rapidly since jumping to human hosts.

The incubation period - during which a person has the disease, but no symptoms yet - ranges from between one and 14 days, officials believe. Without symptoms, a person may not know they have the infection, but still be able to spread it.

How has it spread?
Sunday is the second day of year of the rat - and the rapid spread of the disease coincides with the Lunar New Year festival, one of the busiest travel periods in the Chinese calendar.

From Wuhan, a city of 11 million people in Hubei province, the disease spread to neighbouring cities and provinces in smaller numbers. By Saturday, cases were reported across China.

But the disease also spread by air travel, and several countries are dealing with handful of cases.