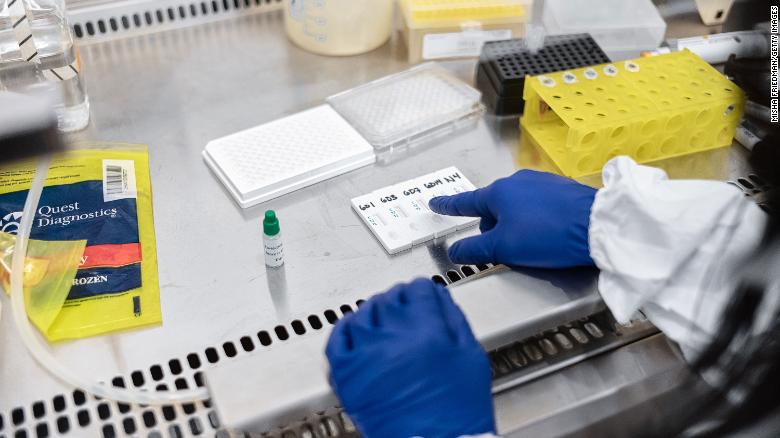 The new coronavirus can persist in men's semen even after they have begun to recover, a finding that raises the possibility the virus could be sexually transmitted, Chinese researchers said Thursday.

A team at Shangqiu Municipal Hospital tested 38 male patients treated there at the height of the pandemic in China, in January and February.

"We found that SARS-CoV-2 can be present in the semen of patients with COVID-19, and SARS-CoV-2 may still be detected in the semen of recovering patients," Diangeng Li of Chinese People's Liberation Army General Hospital in Beijing and colleagues wrote.

"Even if the virus cannot replicate in the male reproductive system, it may persist, possibly resulting from the privileged immunity of testes," the team added. Privileged immunity means the immune system cannot fully reach the region to attack viral invaders.

It's not a surprising finding. Many viruses can live in the male reproductive tract. Ebola and Zika virus were both found to spread in semen, sometimes months after a male patient had recovered.

It's not yet clear if coronavirus can spread this way. Finding evidence of virus does not necessarily mean it's infectious.

"If it could be proved that SARS-CoV-2 can be transmitted sexually in future studies, sexual transmission might be a critical part of the prevention of transmission," the team wrote.

"Abstinence or condom use might be considered as preventive means for these patients. In addition, it is worth noting that there is a need for studies monitoring fetal development. Therefore, to avoid contact with the patient's saliva and blood may not be enough, since the survival of SARS-CoV-2 in a recovering patient's semen maintains the likelihood to infect others."