Coronavirus: Italy to close all schools as deaths rise 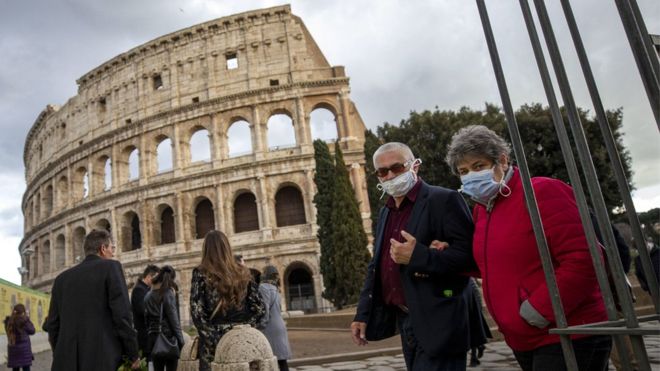 Coronavirus: Italy to close all schools as deaths rise
Shares

Italy has confirmed that it will shut all schools from Thursday for 10 days as it battles to contain the coronavirus outbreak.

All schools and universities are to close until 15 March, officials said.

A total of 107 people have now been killed by the coronavirus in Italy, which has the most serious outbreak in Europe.

Most of the more than 3,000 cases are in the north but others have been confirmed in 19 of Italy's 20 regions.

Globally about 3,200 people have died and more than 90,000 have been infected, the vast majority in China, where the virus emerged late last year.

The World Health Organization has so far stopped short of declaring a pandemic - an epidemic spreading across the world through local transmission - but on Wednesday Germany's health minister said the coronavirus now met the definition.

"The situation is changing very quickly... What's clear is that we have not yet reached the peak of the outbreak," Jens Spahn said.

Confirmed cases have been reported in 81 countries, with Italy, Iran and South Korea emerging as hotspots outside China.
Education Minister Lucia Azzolina said she hoped students would be able to resume classes as soon as possible.

"My commitment is to ensure that the essential public service, albeit from a distance, is provided to all our students," she said.

Local media said health experts and Italy's health ministry had been in favour of closing schools. Health experts also want football matches to be played behind closed doors. Several games have already been postponed.
Italy's death toll from the virus jumped by 28 to 107, the Civil Protection Agency said on Wednesday.

The decree also tells Italians to avoid hugging and shaking hands as much as possible.