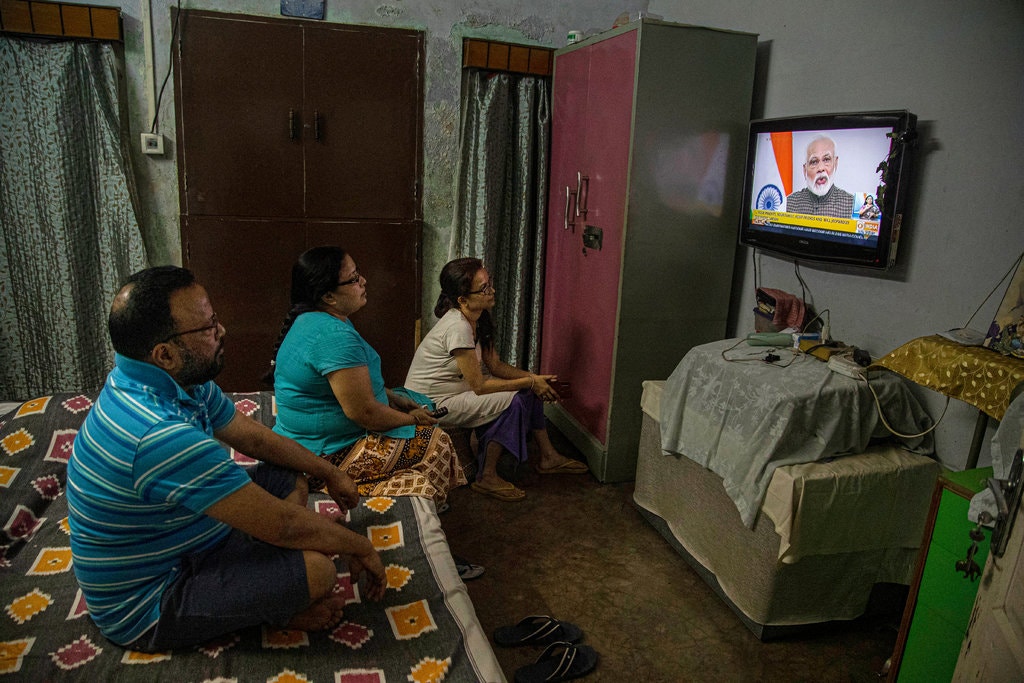 Indiaâ€™s prime minister ordered all 1.3 billion people in the country to stay inside their homes for three weeks starting Wednesday â€” the biggest and most severe action undertaken anywhere to stop the spread of the coronavirus.

â€œThere will be a total ban of coming out of your homes,â€ the prime minister, Narendra Modi, announced on television Tuesday night, giving Indians less than four hoursâ€™ notice before the order took effect at 12:01 a.m.

â€œEvery state, every district, every lane, every village will be under lockdown,â€ Mr. Modi said.

The breadth and depth of such a challenge is staggering in a country where hundreds of millions of citizens are destitute and countless millions live in packed urban areas with poor sanitation and weak public health care.

Though Indiaâ€™s number of reported coronavirus infections remains relatively low â€” around 500 â€” the fear is that, should the virus hit as it has in the United States, Europe or China, the consequences would lead to a disaster far bigger than anywhere else.

The nationwide lockdown followed a series of decrees that had been steadily growing more stringent, and some people had been expecting Mr. Modi to announce something even more severe, like a nationwide state of emergency and declaration of martial law.

Hours before Mr. Modiâ€™s televised address, the long straight boulevards of New Delhi, the capital, resembled deserted racetracks. All the stores in the center of town were shut, but in the poorer neighborhoods just outside of the city, it was a different story.

People were still out, jostling with each other in narrow lanes and still crowding into bus shelters, sleeping eight to a room in shabby tenements, and showing the impossibility of maintaining social distance.

Long lines of migrant workers streamed out of recently closed railway stations, with thousands of men, almost none wearing masks, marching close together to far-off villages, potentially spreading the virus deep into the countryside.

As midnight approached in New Delhi, lone figures walked down the edges of the main roads, carrying bulging plastic sacks of food â€” the last of the shopping before the decree took effect.

In the densely populated quarters that ring all sides of the capital, the economy is powered by manual laborers and informal workers. Even in the urban areas, many cannot work from home or purchase essential items online. When they step out to get food for their families, they enter viselike canyons between cement buildings built so close it is difficult to see even a slice of sky.