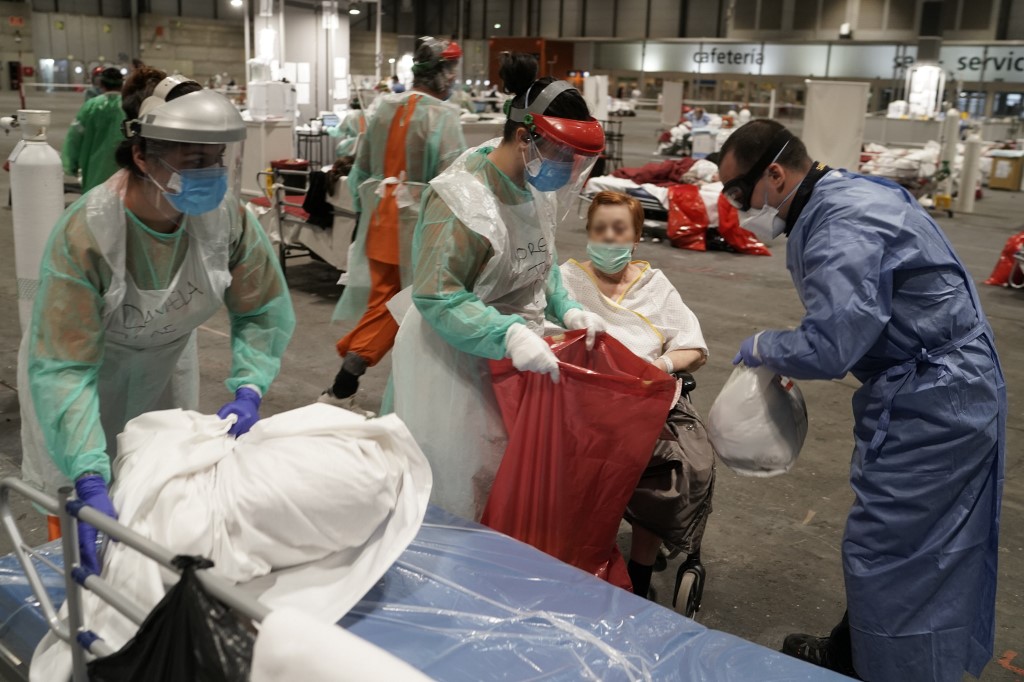 Spainâ€™s coronavirus death toll rose by 849 cases overnight to 8,189, the highest jump in fatalities since the start of the epidemic, the health ministry said.

With both new infections and deaths up around 11% each, to a total of 94,417 confirmed cases and 8,189 fatalities, Spain is seeing a slight rebound in the outbreak.

Thatâ€™s despite an overall timid slowdown in its spread for the past week, allowing authorities to focus on avoiding the collapse of the health system.

At least one-third of Spainâ€™s 17 regions were already at their limit of capacity in terms of intensive care unit usage, while new beds are being added in hotels, exhibition and sports centers across the country.

At least 14% of those infected are much needed medical personnel. Many of them lack proper protective gear.

Spain is the worst-hit country in Europe after Italy.