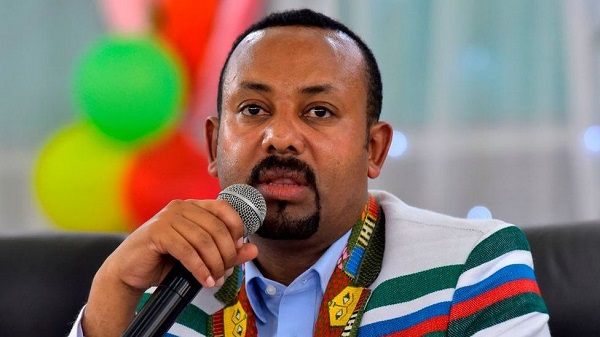 Ethiopia's military has killed more than 40 men suspected to be linked to the massacre of at least 100 people, including children, in the Benishangul-Gumuz region, state media report.

Five current and former government officials have also been arrested over the killings, the reports added.

The assailants torched the homes of sleeping villagers, and shot and stabbed people in Wednesday's attack.

The attack came a day after Prime Minister Abiy Ahmed visited the region.

It is unclear who the attackers were, but they appeared to have targeted ethnic minority communities viewed as "settlers" in the region, rights group Amnesty International said.

Ethiopia has seen a surge in political, ethnic and religious violence in recent years.

It had the highest number of internally displaced people in Africa in 2018 - about 1.8 million.

Conflicts have been largely fuelled by groups demanding more land and power, with attempts to drive out people they regard as outsiders.

Mr Abiy described the massacre as tragic, and said the government had deployed a force to the area to help find a solution to the conflict.

State media did not give the identity of the 42 people killed in the military operation to hunt down the attackers.

It said weapons, including bows and arrows, had been seized, the reports said.

A deputy minister in the government was among the five people arrested in connection with the violence, state media reported.

However, it is unclear what exactly they are accused of.

What happened during the latest attack?
A spokesman for the state-linked Ethiopian Human Rights Commission told the BBC that gunmen attacked the village of Bekoji in the western Benishangul-Gumuz region at around 04:00 local time (01:00) on Wednesday.

"They descended on a village and while their victims were asleep they set their homes on fire but also they shot and killed civilians," Aaron Maasho said.

Amnesty International said it had spoken to five survivors and an official who reported that members of the ethnic Gumuz community attacked the homes of people from the Amhara, Oromo and Shinasha communities.

"While Amnesty international is unable to verify identities of the perpetrators, this attack appears to be the latest targeting of people of ethnic minorities in the area.

"With dozens still unaccounted for and homes still ablaze, the death toll is likely to rise and there must be an urgent investigation into this horrendous attack," it added in a statement.