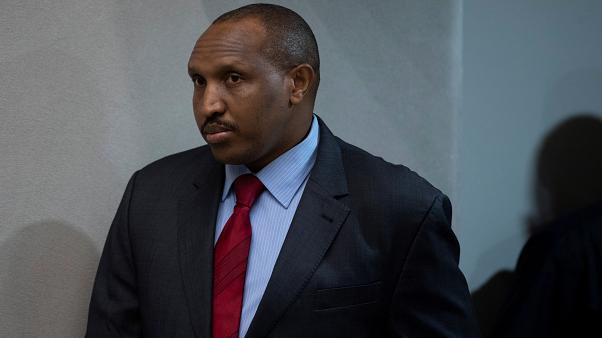 A former Congolese military leader has been sentenced to 30 years in prison for a series of war crimes and crimes against humanity.

Bosco Ntaganda, who was the military operations chief of the Union of Congolese Patriots (UPC) militia in the Democratic Republic of Congo, was handed the sentence on Thursday after being found guilty in July.

His charges include that of murder, rape, and conscripting child soldiers — some of whom were also raped and used as sex slaves.

The 30-year sentence is the longest to be handed down by the International Criminal Court (ICC), which is situated in The Hague, in the Netherlands.

It is also the first time the ICC has convicted someone for sexual slavery and sexual violence against their own troops, Human Rights Watch’s deputy Africa director Ida Sawyer said.

Rwandan-born Ntaganda, who wore a dark suit and red tie for the hearing, showed no emotion as he was handed his sentence on Thursday.

The majority of the crimes making up 46-year-old’s conviction were committed during two operations carried out by the UPC in November 2002 and February 2003 on the communities of Banyali-Kilo and Walendu-Djatsi, the ICC said.

Speaking at the conviction earlier in the year, Judge Robert Fremr said: “The bodies of those killed men women and children and babies were found in the banana field over the next days.

Sawyer, whose interview with HRW about Ntaganda was released after the sentencing, said she hoped the result would “carry the message to other warlords and serious human rights abusers that they understand they are not above the law, and even years after their crimes, they can be held to account.”