Ours was not a campaign but a movement - Donald J. Trump 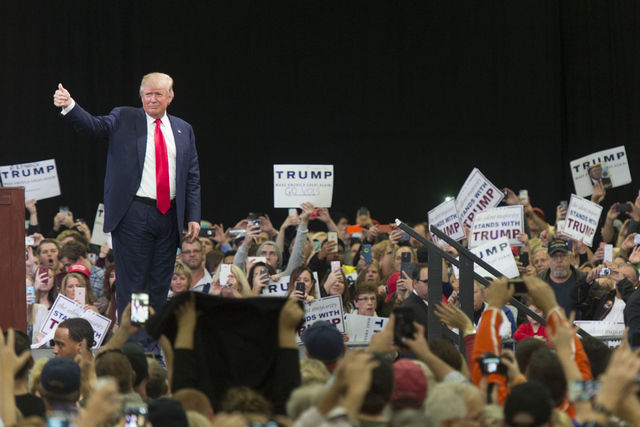 President elect of the United States of America, Donald J. Trump has rallied citizens to close their ranks and advance the countryâ€™s common good after a grueling and fierce election.

He was quick to state in his address that, his, was not a campaign which rallied him to win but rather a movement.

â€œOurs is not a campaign but an incredible and great movement,â€ adding it was â€œa movement comprising Americans of all races, backgrounds and religions expecting its government to serve the people.â€

The man noted for his real estate holdings and reality TV franchise also pledged to make America work again by rapidly expanding the infrastructure base of the country while safeguarding citizens.

Nationally, Donald Trump won 47.5% of the vote while Hillary Clinton took 47.7% translating into 278 Electoral College votes for the Republicans and 228 for the Democrats.

Mr. Trump won in key battleground states including Ohio, North Carolina, Florida and even won in Pennsylvania where no Republican presidential candidate had won in the last 30 years.

Almost nine in 10 black voters (88%) supported Clinton, compared with 8% who opted for Trump. Barack Obama secured 93% of the black vote in the 2012 election. A smaller proportion of Hispanic votes went to Clinton than those who voted for Obama in 2012.